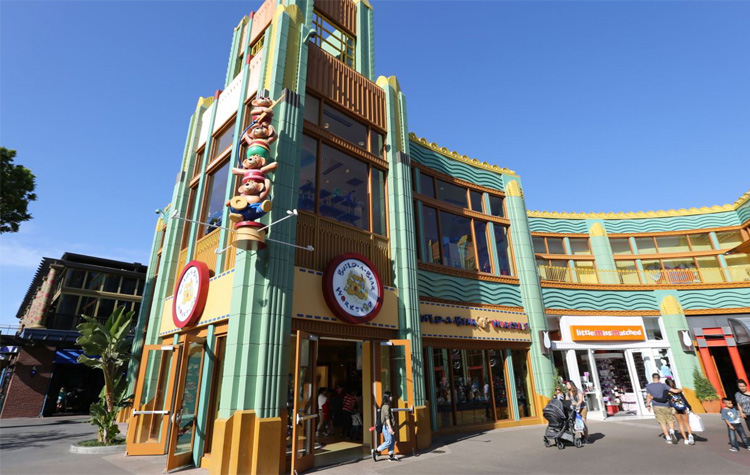 This is an exciting year for Downtown Disney at the Disneyland Resort! The Disney Parks Blog recently announced that Ballast Point, a popular San Diego-based brewery, will be opening a new location in Downtown Disney. Construction on the 7,300 square foot space is scheduled to begin soon in the former locations of the Build-A-Bear Workshop and Ridemakerz, which are across from Catal Restaurant and Uva Bar. Ballast Point is more than just a brewery; the new location will include a Southern California-inspired menu featuring, “salads, small plates, flatbreads and entrees featuring local, sustainable and seasonal ingredients.” This location will feature an outdoor beer garden, an on-site brewery, a tasting room, and more where patrons may partake in “award-winning Sculpin® IPA, as well as exclusive, custom, limited-edition beers available only at the Downtown Disney location.”

“As one of Southern California’s premier brewers, for the team at Ballast Point, we couldn’t be more honored to work with such an icon in our great state and become the first brewer at Downtown Disney.”

Naples Ristorante e Pizzeria is currently adding an expanded outdoor patio and bar. The restaurant will also be adding three wood burning ovens to help create more of their Napoletana-style pizzas. The restaurant has remained open during this refurbishment, and is expected to be finished in the fall of 2018.

Later in 2018, the Downtown Disney District will open up Black Tap Craft Burgers & Beer. This location’s menu will include “award-winning burgers and signature CrazyShake™ milkshakes.”