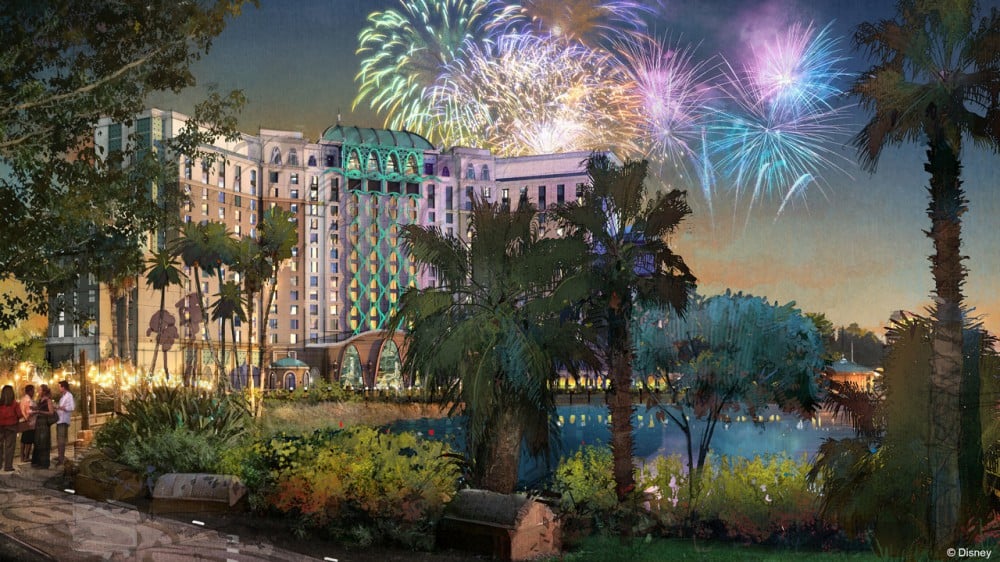 Walt Disney World has announced plans for some major expansion and updates at two of its popular themed resorts!

At Disney’s Coronado Springs Resort, Disney is building a new 15-story tower, with 500 suites and concierge level rooms. Current rooms will also get a refresh as will the landscaping around the resort, which will be transformed into “floating gardens and an island oasis that connects the resort through a series of bridges.”

The new tower will feature a view of Lago Dorado and include rooftop dining with a fireworks view.

Over at Disney’s Caribbean Beach Resort, Disney will be adding to Centertown, the current marketplace. New waterfront dining and retail shopping areas are on the horizon, with the aim of giving guests more convenient access to those services.

Walt Disney World has not released a timeline for any of these projects to begin.