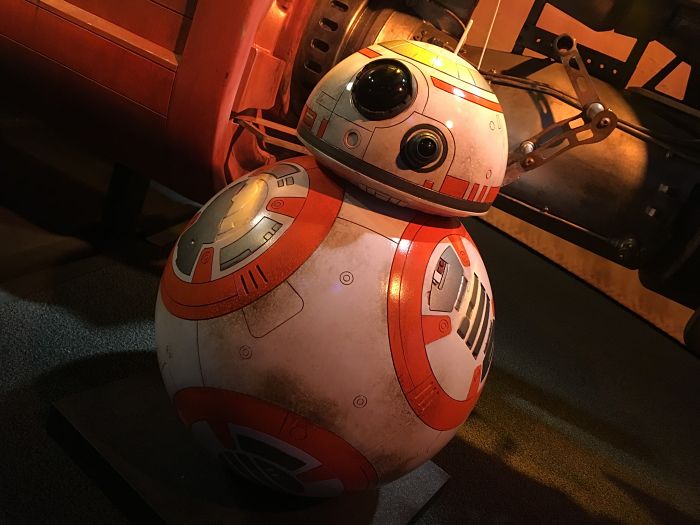 Today the Disney Parks Blog released that BB-8, the beloved droid and sidekick to Rey from Star Wars: The Force Awakens, will have a character meet-and-greet beginning this spring at Star Wars Launch Bay in Disney’s Hollywood Studios. BB-8’s meet-and-greet opportunity will be in addition to the current meet-and-greet characters: Kylo Ren and Chewbacca, and neither of the current characters will be replaced.

BB-8 has been behind a glass pane alongside a statue of Rey in the Star Wars Launch Bay, but it seems now that BB-8 will be an interactive experience for guests! Disney Parks Blog did not release an exact date, but we will be sure to give you all the details when they are released!