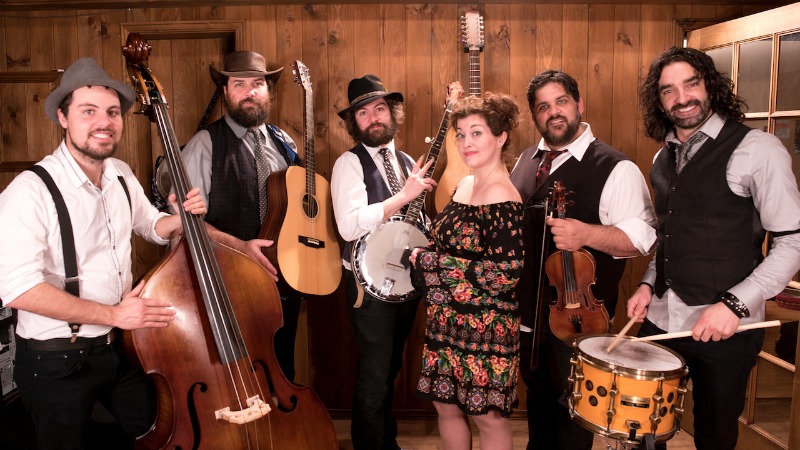 Those who love to explore the World Showcase at Epcot know that discovering authentic entertainment experiences from around the world is included in the fun. Beginning June 13 on the Mill Stage at the Canada Pavilion, the music of Blueberry Grass Band will entertain guests with their upbeat tunes. Blueberry Grass Band is an accomplished musical group from Quebec who “transforms French and English Canadian hits into their own festive sound.”

Blueberry Grass Band’s name is derived from the nickname that was given to the people of their home region, Saguenay-Lac-St-Jean. The residents living in that part of Quebec are colloquially known as “blueberries.” It is said that the playful spirit of their nickname shows through the band’s performances. Each show is an undeniably joyful occasion, with a lively rapport between the performers. “Every member of this six-person band has a different musical background, resulting in a group that uses a variety of instruments – string bass, guitar, violin, drums, banjo and of course, voice.”

Blueberry Grass Band has performed in twenty countries as well as on Britain’s Got Talent and The Tonight Show with Jay Leno.

For a limited time from June 13 to August 26, guests will be able to catch them live at Epcot on the Canada Mill Stage.