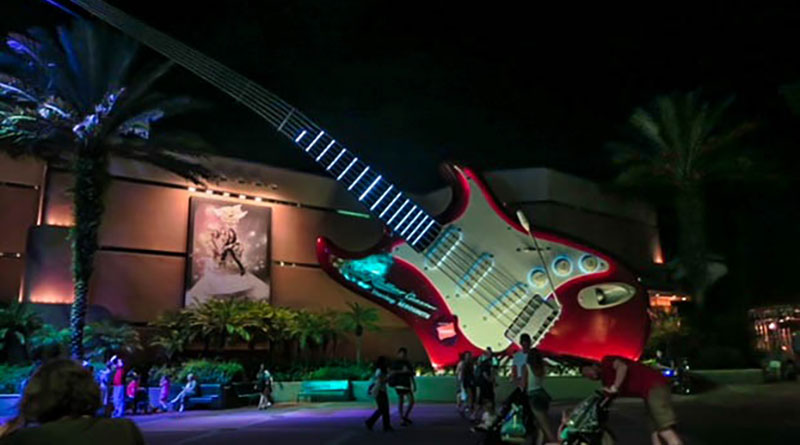 Disney’s Hollywood Studios is currently in a transition period.

With exciting projects like Toy Story Land, Star Wars: Galaxy’s Edge, and Mickey & Minnie’s Runaway Railway on the horizon, it’s looking like this caterpillar of a park might just end up being a butterfly within a few years.

Despite all this change, there’s one corner of DHS that I can’t stop ranting about: Rock ‘n’ Roller Coaster Starring Aerosmith.

Sure, it’s a fun E-ticket attraction — in a park with few operating attractions — but it has never truly fit where it sits since it opened nearly two decades ago in 1999. As part of the Sunset Boulevard area of the park, this thrill ride themed around a late 20th century rock band is out of place among glitz and glam-inspired shops, restaurants designed around old-fashioned California, and the Hollywood Tower Hotel. Sorry, Steven Tyler, but you do not work with the period style nor are you popular enough to warrant such a disturbance in theme (like, say, Guardians of the Galaxy landing in Future World).

In order to stay on theme and give this attraction the refresh it needs, I believe a new act is in order.

Not a contemporary voice you hear on the radio today that will likely fade in years to come, but a classic that never goes out of style. Elvis Presley, The Beatles, and The Beach Boys would all be excellent throwback choices, but I would even be into Disney creating an original vintage-inspired rock star that performs anthems reminiscent of an earlier time. First off, I know what you’re thinking — there is no way Rock ‘n’ Roller Coaster could close right now.

As one of only four rides operating at Hollywood Studios at the moment, it would be beyond unwise to take it out of commission right now. Rather than use that as an excuse to push the idea aside, I consider it an opportunity. I’m hardly an expert on how Disney imagineers attractions, but I have to imagine they could do a decent amount of visual and audio preparation before actually going in for the overlay.

With an existing building and ride mechanism that doesn’t need replacing, the focus would be on updating the exterior facade, creating a new pre-show video (most likely with CGI or archive footage), as well as re-theming the queue, ride area, and gift shop. Based on the five-month transformation of Disneyland’s Tower of Terror into Guardians of the Galaxy – Mission: BREAKOUT!, we know something like this can be accomplished fairly quickly. Plus, once Galaxy’s Edge opens, this will no longer be an essential attraction for most guests, therefore it won’t be a huge blow to the park if it remains closed for a few months. Additionally, I think this is a small yet important improvement that will strengthen the park overall.

With its already-announced additions, Hollywood Studios will no longer be a half-day experience. This park will become THE must-do destination for most guests’ vacations, finally standing up to the other three Walt Disney World parks. There are, of course, other areas of the park that need to be improved (I’m looking at you, Animation Courtyard), but this is a relatively quick and easy update that will level out the new with the old.

If Disney wants this park to be top tier, changes like these need to be made. Finally, I think gearing an attraction towards the traditional, rather than the new, would be a refreshing change of pace.

In a time where attraction replacement ideas are always geared toward the latest film, like Frozen and Coco, a blast from the past would add some originality to the mix. Older guests would be delighted to ride a roller coaster set to the music they grew up with, while younger riders would be introduced to classic hits in fun form.

Though new tunes are created every day, there’s always room to celebrate hits of yesteryear like “Burning Love” and “Good Vibrations”.

Do you think it’s time for Rock ‘n’ Roller Coaster to get a re-do? 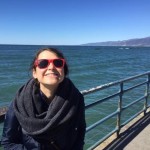 Kate Joseph is a writer from Beverly, Massachusetts who earned her degree in journalism from Simmons College in 2015 and currently works as a copywriter in Boston. After her first trip to Walt Disney World at age three, she famously told her mother, "I don't like this world, I want to live in Disney World." So, she did! During college, she participated in the Disney College Program working as a committed cast member at Disney's Boardwalk Resort for one incredible semester. When she's not traveling to Disney destinations, she likes listening to podcasts, playing with her dog, and enjoying the outdoors.