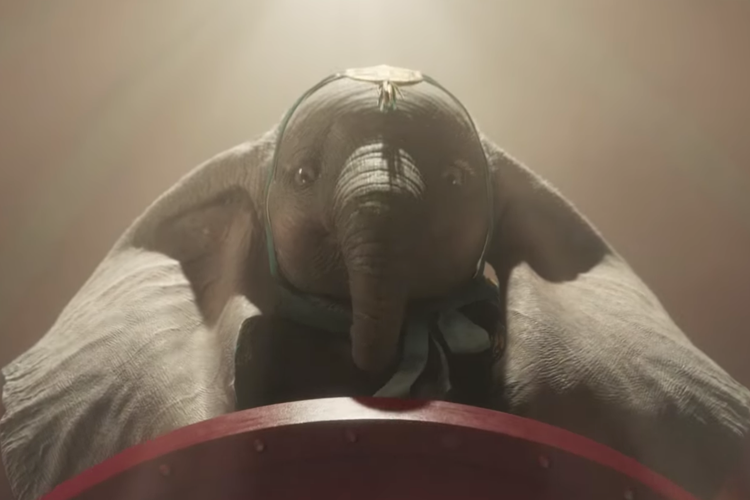 Today a new sneak peek was released for the upcoming live-action Dumbo. The beloved elephant can be seen flying around the circus tent in this new preview. Included in the new sneak peek are snippets from scenes with circus ringmaster Max Medici portrayed by Danny DeVito and circus performer Holt Farrier played by Colin Farrell.