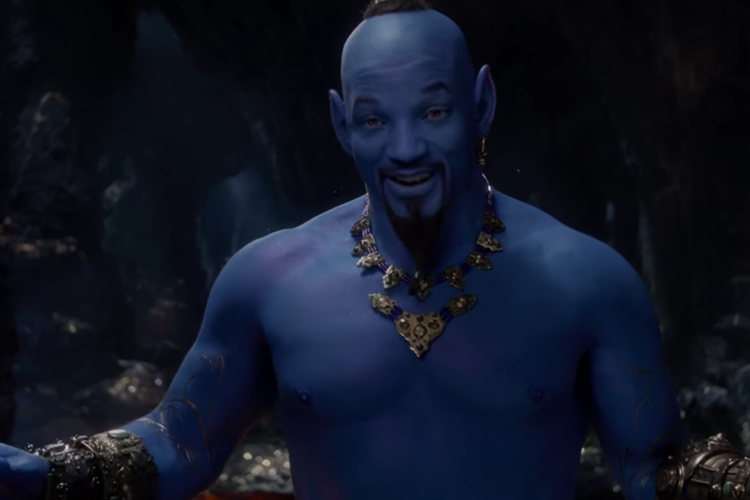 During the Grammy’s a brand-new trailer for the live action Aladdin debuted. This trailer included our first on-screen look at Will Smith as the Genie. Notably, he was very blue, which fans will likely notice after his non-blue appearance bothered many fans in a late December Entertainment Weekly preview.

Also, included in the trailer were quick previews of the iconic Prince Ali scene, along with a short clip of Aladdin entering the Cave of Wonders.