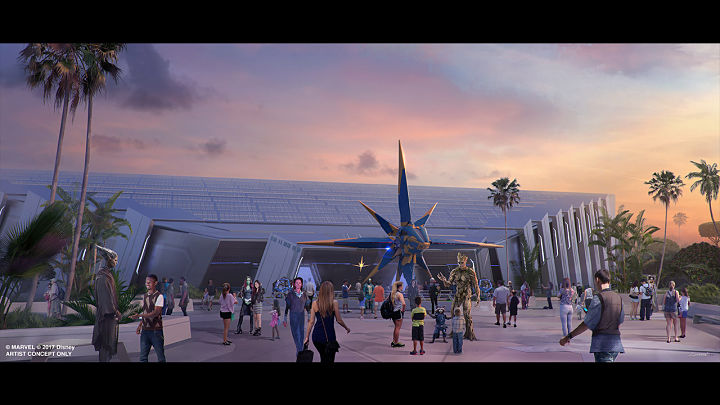 During the Disney Parks and Resorts panel at the 2018 D23 Expo Japan it was announced that Guardians of the Galaxy attraction coming to Epcot would “feature a brand-new innovative ride system.” The brand-new attraction will be where Universe of Energy was once located, in addition to land that was cleared in order to make space for “one of the longest enclosed roller coasters in the world!”

The new attraction will be opening in time for the 50th anniversary of the Walt Disney World Resort in 2021!

It was also clearly noted by Disney that this attraction will be a “family attraction,” which could suggest that it will be a less intense coaster, but that remains speculation at this time.

Chairman of Walt Disney Parks & Resorts Bob Chapek made it clear that this attraction will fit into the theming of Epcot by saying, “As we build upon its core mission of optimism and hope to inspire the world, the real will become fantastic and the fantastic will become real—in whole new ways at Epcot.”

If more details about the Guardians of the Galaxy attraction are released we will report on them immediately.