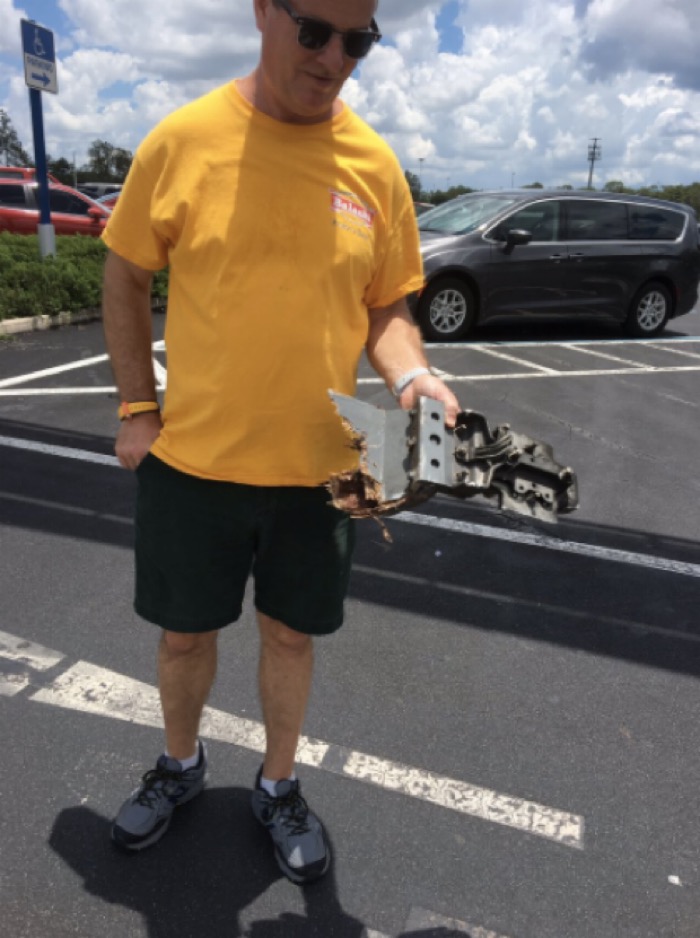 Monorail Blue was stopped in its tracks after a large piece of metal fell from it while it traveled toward the Transportation and Ticket Center on the Epcot line. The big hunk of metal apparently had a near miss with one guest seen above holding the fallen debris and tweeting “This just flew off the monorail at Epcot.”

@WESH this just flew off the monorail at epcot pic.twitter.com/WCzh1Z9sKQ

We’re seeing reports on Twitter from guests who are stating that Monorail Blue has now been towed back to the station so it can be more easily evacuated and that the other monorails are running and back on schedule.

Updates will be made to this story as they are available.