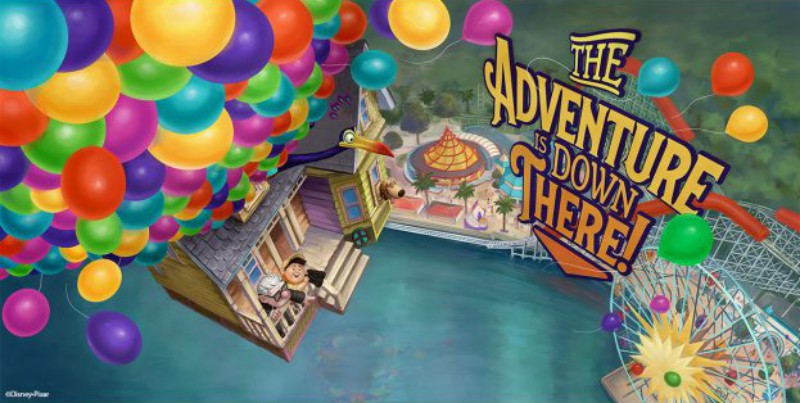 As before, when guests walk the down Disney California Adventure’s seaside boardwalk into Pixar Pier, large billboards will greet them. Now, however, the billboards will feature some of their favorite Pixar characters!

The billboards that decorate the wall between Adorable Snowman Frosted Treats and the Incredicoaster will now celebrate Up, Wall-E and more. Find the other two billboards when Pixar Pier opens on June 23rd!