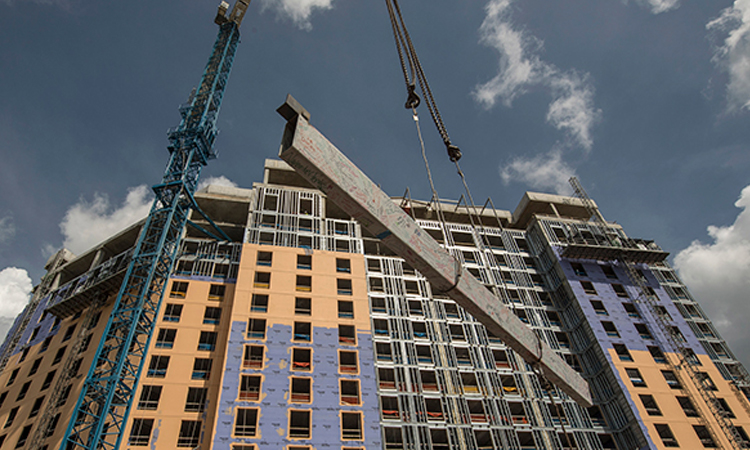 Disney’s Coronado Springs Resort is undergoing an enormous transformation including the addition of a 15-story tower. Recently Disney Imagineers and cast members celebrated the progress of the construction by signing a support beam that will be raised and placed at the top of the new tower.

Disney invited a wide variety of cast members to sign the beam. This wasn’t just a celebration for managerial staff and executives, there were also cast members from the Front Desk, Custodial, Security, and many more. Cast members who had worked at Disney’s Coronado Springs Resort since its opening day got to sign the beam. Ken, a banquet server at the resort, said, “I’m very pleased to be part of this team, and I’ve had the pleasure of working here for over 20 years.”

This has become a celebratory trend at Walt Disney World; in the past, cast members and Imagineers signed support beams at Star Wars: Galaxy’s Edge at Disney’s Hollywood Studios and Pandora at Disney’s Animal Kingdom.

The new expansion is scheduled to open in 2019. The tower will include a rooftop restaurant and will add additional boardroom and meeting space for conventions.