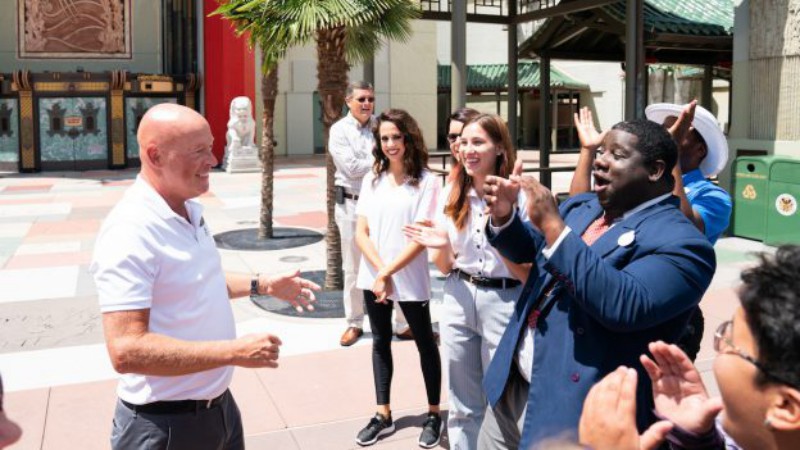 In the attraction, guests will step into the carton world of Mickey and Minnie as they board a train with Goofy as the engineer. The out-of-control adventure is filled with a lovable theme song, state-of-the-art technology, and dazzling visual effects.

Here’s how the Cast Members reacted to the surprise tour:

Mickey & Minnie’s Runaway Railway opens at Hollywood Studios this spring and at Disneyland Park in 2022.