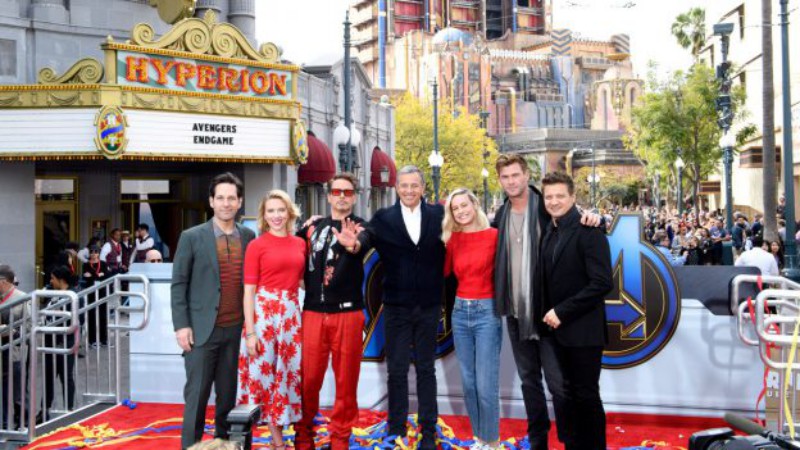 ShareTweetSubscribe
Today, the cast of Avengers: Endgame visited Disney California Adventure to celebrate the launch of Avengers Universe Unites, a new charity event that supports Disney Team of Heroes. Through Disney Team of Heroes, The Walt Disney Company delivers comfort and inspiration to seriously ill children. Disney CEO Bob Iger was joined by Robert Downey Jr., Chris Hemsworth, Scarlett Johansson, Jeremy Renner, Paul Rudd and Brie Larson to announce a $5 million donation to nonprofits that support children with critical illnesses. Of that, $1 million will go to the Starlight Children's Foundation. In addition, The LEGO Group, Hasbro, Funko, and Amazon have teamed up to send more than $4 million of Avengers toys and other products to children's hospitals around the country, plus Give Kids the World, which provides vacations to Central Florida for children with critical illnesses and their families. During the presentation, Iger said:

"The superheroes in Avengers personify traits like courage, perseverance, bravery and hope – the same traits countless kids and their families in children’s hospitals exhibit every day. We are grateful to have the Avengers cast take time out of their day to be a part of this effort to lift spirits and bring comfort to children during a difficult time."

Also today, children from the Boys & Girls Clubs of Anaheim and nearby Garden Grove joined the Avengers cast at The LEGO Store in Downtown Disney to play at a larger-than-life LEGO block build. They kids were also treated to a visit from Amazon's Treasure truck, which was stocked with Avengers: Endgame toys. Source: Disney Parks Blog
ShareTweetSubscribe