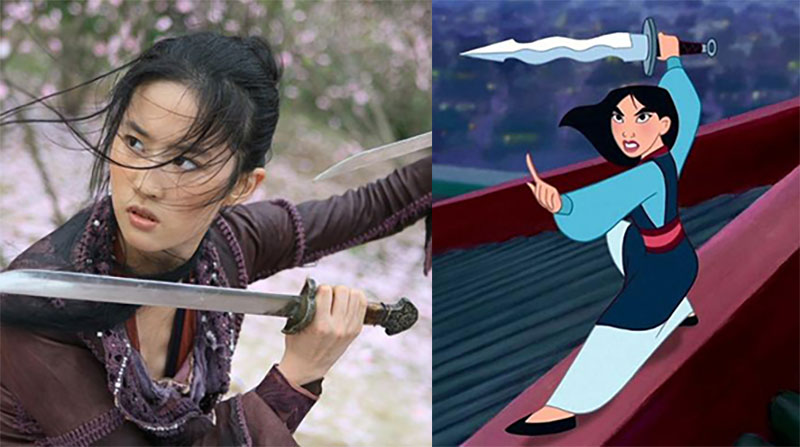 It may have been a long and arduous process, but Disney has finally cast the titular character for their upcoming live action remake of Mulan. Liu Yifei (also known as Crystal Liu) will be portraying Mulan, the film’s protagonist who dons armor and pretends to be a man to take her father’s place and fight the invading Huns.

Liu beat out almost 1,000 competitors stretched across five continents to land the role. Not only was Disney looking for an ethnically Chinese actress, but also someone who could realistically perform martial arts, speak English, and bring some star power to the role. Liu’s background and previous roles prove she meets those qualifications.

Beloved by the Chinese public, Liu’s made her debut while still a teenager studying at the Beijing Film Academy with a series of television dramas. Fluent in the language from spending part of her youth in Queens, Liu has performed in English for roles in The Forbidden Kingdom (2008) with Jackie Chan and Jet Li, as well as Outcast (2014) with Nicholas Cage and Hayden Christensen. She recently starred in The Chinese Widow, a period romance directed by Bille August which opened the Shanghai International Film Festival, acting alongside Emile Hirsch.

Her most recent Chinese feature, Once Upon a Time, earned $82.3 million in the country. Due to her innocent appearance and demeanor, the Chinese public have given her the nickname “Fairy Sister”. Liu has also been a brand ambassador for Dior, Tissot, Garnier and Pantene.

Disney’s live action Mulan adaptation is being directed by Niki Caro, and is currently expected to have a 2019 release.