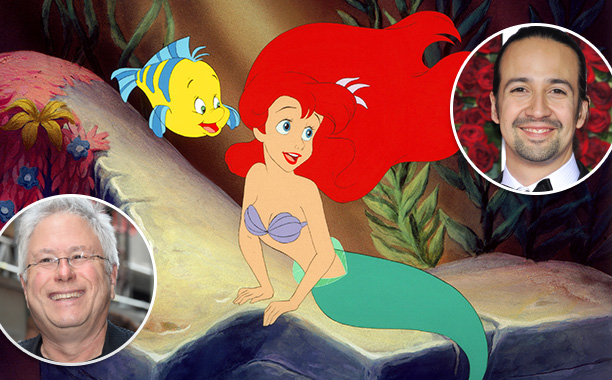 A new live action remake of Disney’s The Little Mermaid is in the works featuring songs from the original 1989 animated feature, plus some new songs by original composer Alan Menken and Hamilton’s Lin-Manuel Miranda.

Menken wrote the music and score for the Disney classic along with lyricist Howard Ashman, who passed away in 1991.

Miranda’s Hamilton has been breaking records on Broadway and recently won 11 Tony Awards.

This won’t be Miranda’s first Disney credit, as he also co-wrote songs for the upcoming Disney feature Moana and will be appearing in the upcoming sequel to Mary Poppins.

Miranda will also be producing The Little Mermaid adaptation along with Marc Platt, who is currently producing Mary Poppins Returns and the film adaptation of Wicked for Universal.

Miranda may also work on the script, but any further details are still being worked out.