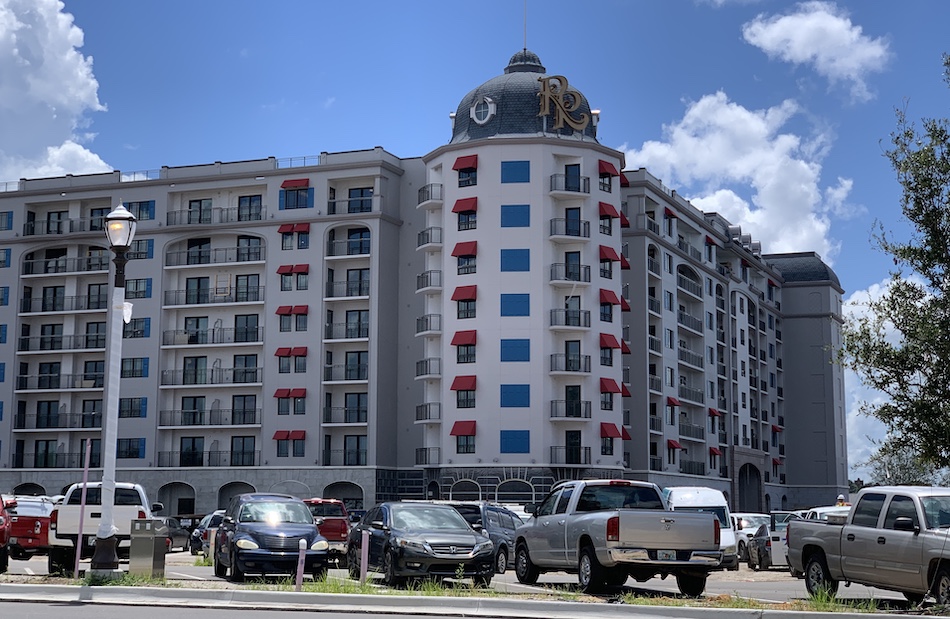 Disney’s Riviera Resort is scheduled to open later this year in December. Today we checked out how the construction was coming along. The pool slide and what looks to be Topolino’s Terrace, the upcoming rooftop restaurant, were coming along nicely. Besides the landscaping, it looked as if the exterior of the building is almost complete. 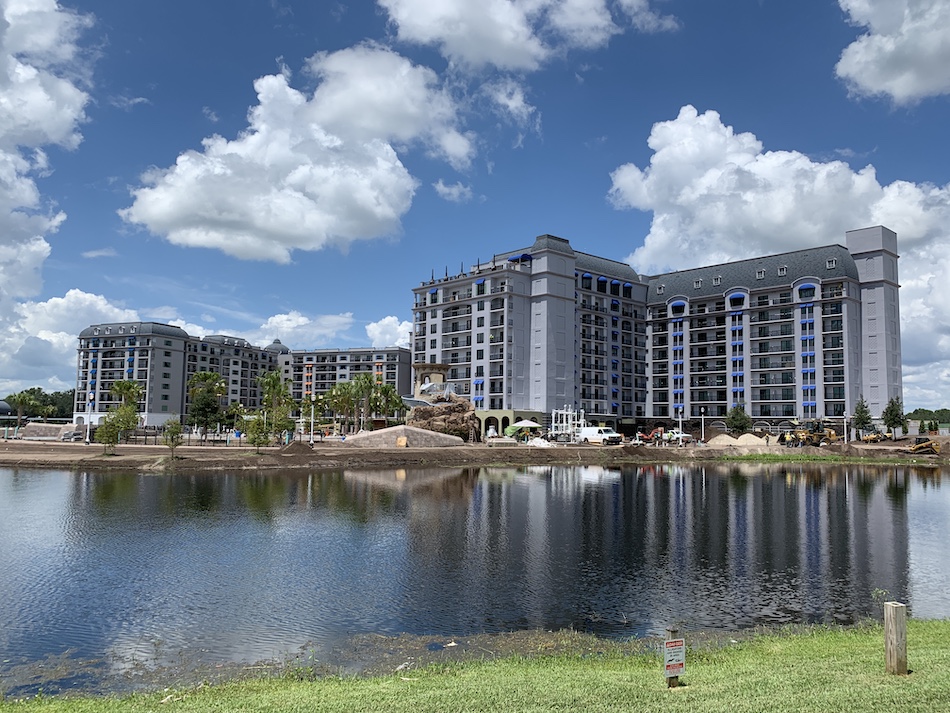 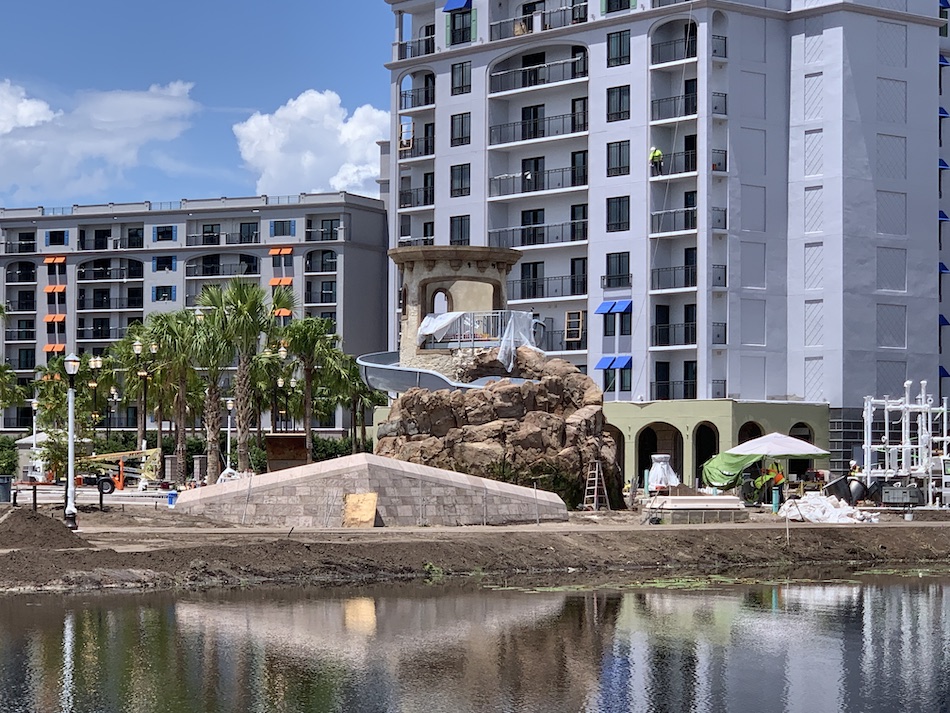 Below is what looks to be the rooftop restaurant — Topolino’s Terrace. 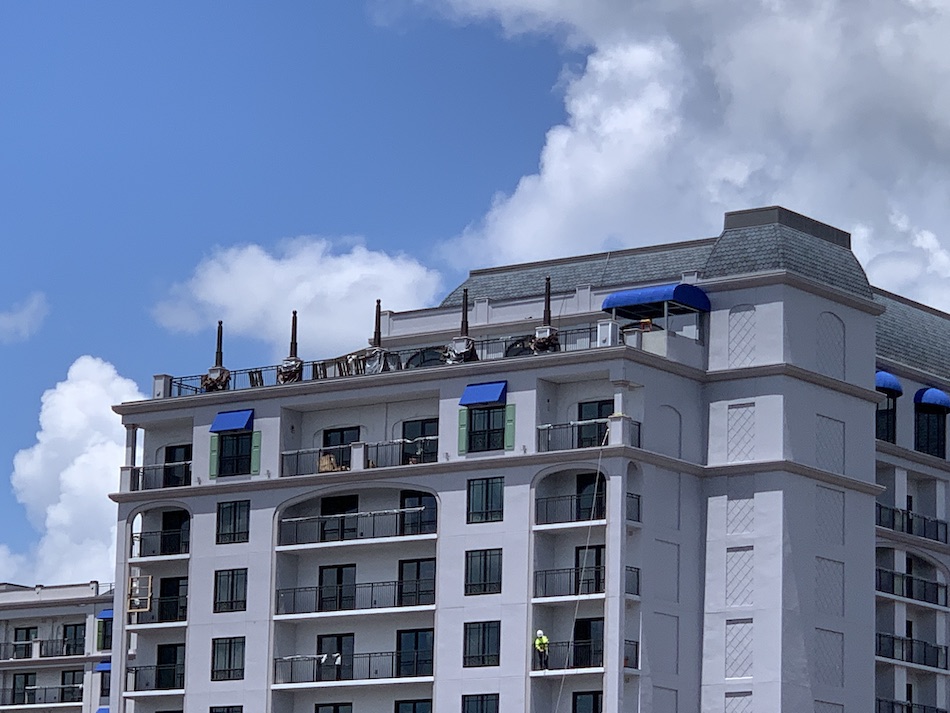 These next two images show just how close the Disney Skyliner station will be to the resort. 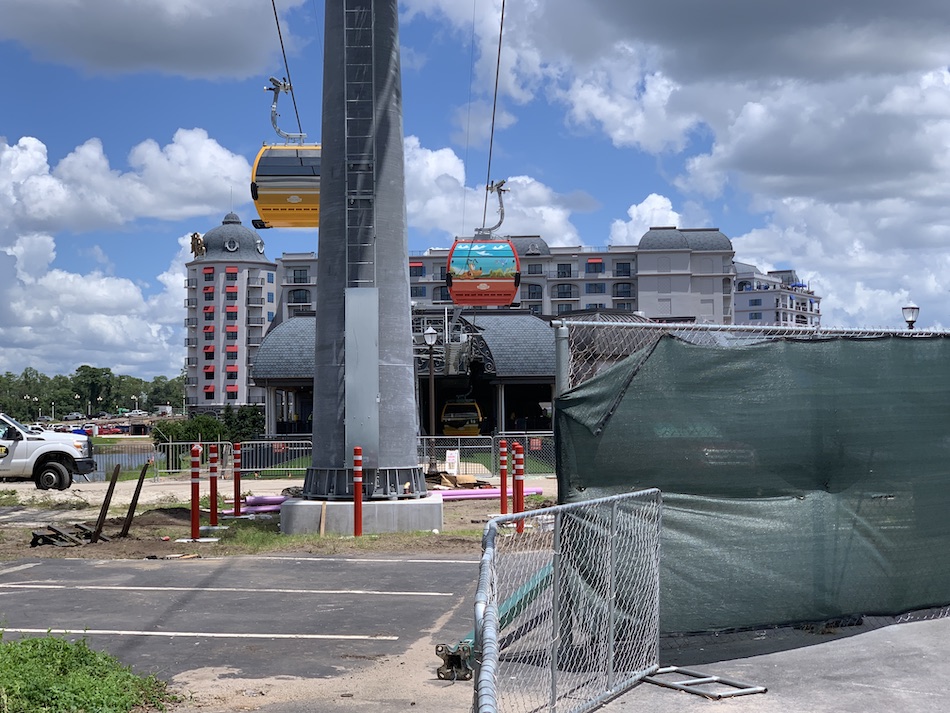 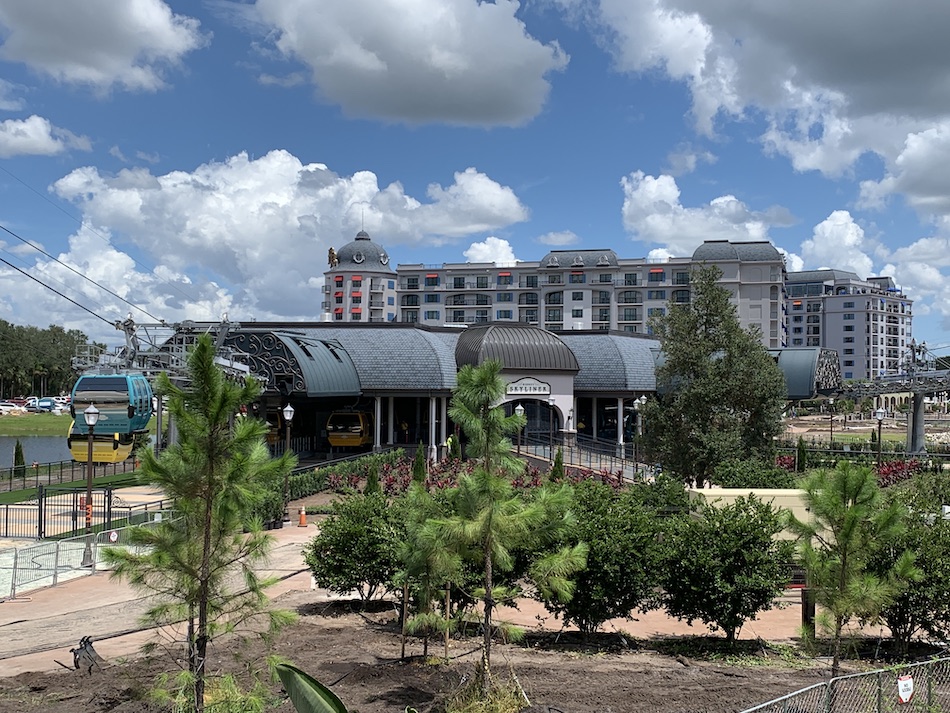 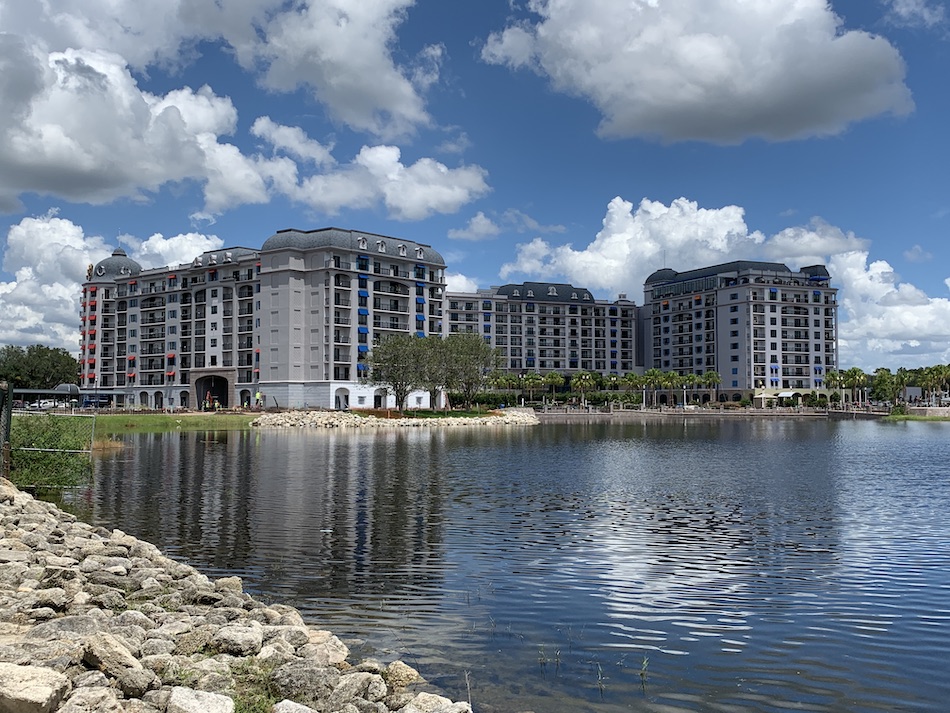 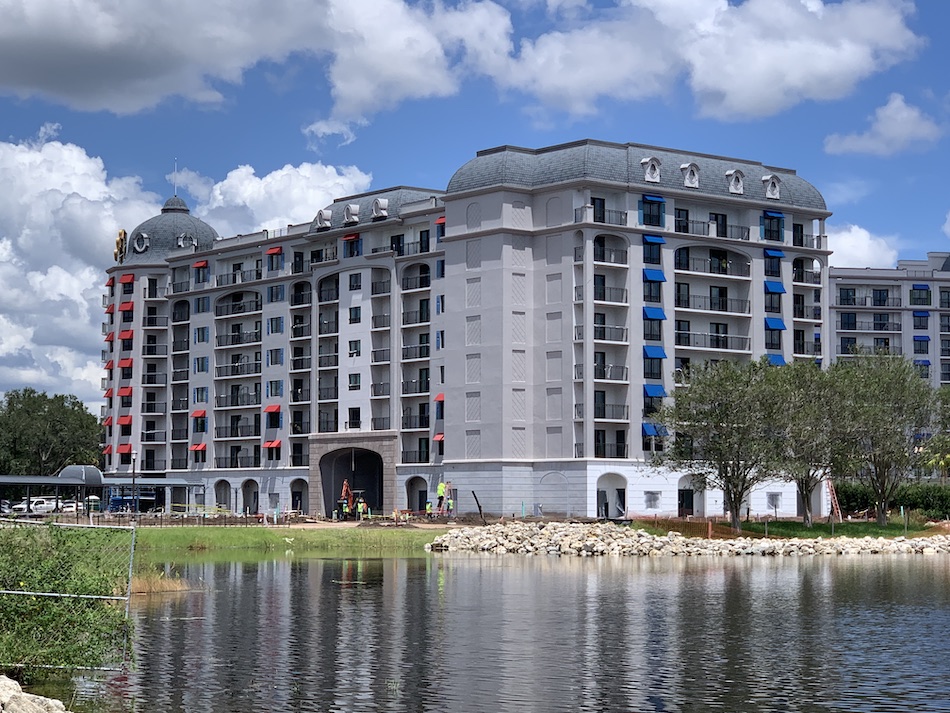 Take a peek at this behind-the-scenes video below and watch as Disney Imagineers raise the ‘RR’ monogram sign which sits above the resort’s eighth story tower, home to Walt Disney World’s newest accommodation type, the Tower Studios.