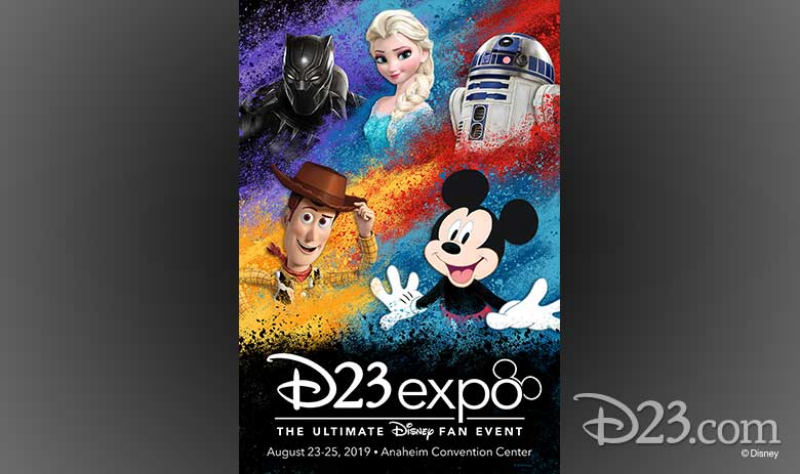 D23: The Official Disney Fan Club has announced more details and ticket pricing for their D23 Expo 2019 to take place at the Anaheim Convention Center.

Discounts on admission will be offered to D23 Gold Members, including additional Early Bird discounts.

A limited number of highly coveted Sorcerer tickets, with VIP benefits, will be available to D23 Gold Members for $2,500 each. In the past, these tickets have sold out almost instantly.

When you buy your tickets, you can also pick up some exclusive D23 Expo 2019 merchandise that will only be available until the end of the year! D23 has also announced that many of the favorite traditions from the D23 Expo will be returning, including the Disney Legends Ceremony, Talent Central, and the Walt Disney Archives exhibit.

The Mousequerade costume contest will be back as well with actress Yvette Nicole Brown and fashion designer/voice actress Ashley Eckstein as judges. This year’s Design Challenge will centered around the Haunted Mansion attraction, which will be celebrating its 50th anniversary at Disneyland in 2019. The top 23 pieces of art will be on display during the D23 Expo and the winner of the challenge receives a check for $2,300. Look for more details about the D23 Expo 2019 in the coming months!