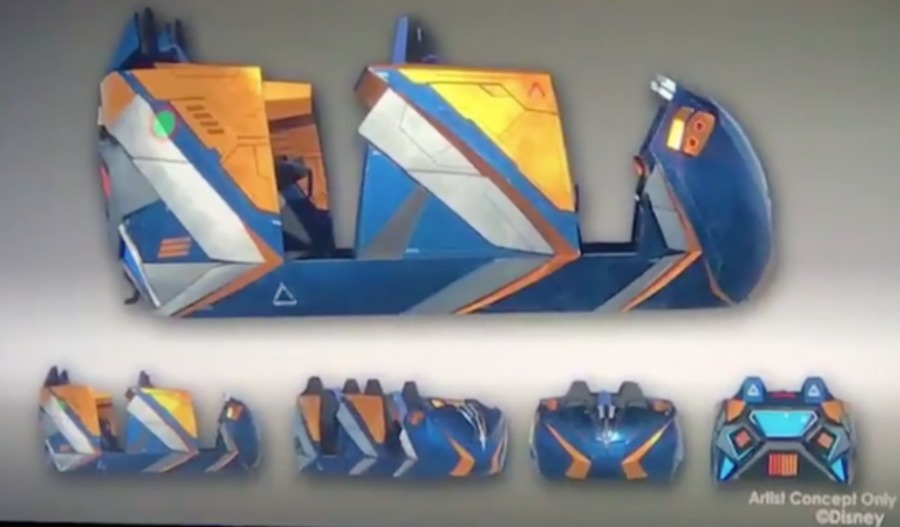 This morning at the International Association of Amusement Parks and Attractions (IAAPA), Bob Chapek revealed details on the ride vehicles for the upcoming Guardians of the Galaxy-themed roller coaster that’s currently being constructed in Epcot.

Chapek described that the coaster will completely immerse guests in the story that surrounds them as the ride the attraction.

Whoa! Disney just gave a snippet of what the all-new Guardians of the Galaxy rollercoaster will look like. He described it as a story telling coaster, drawing a rider’s attention to the story portrayed. #epcot pic.twitter.com/N8eMluad5P