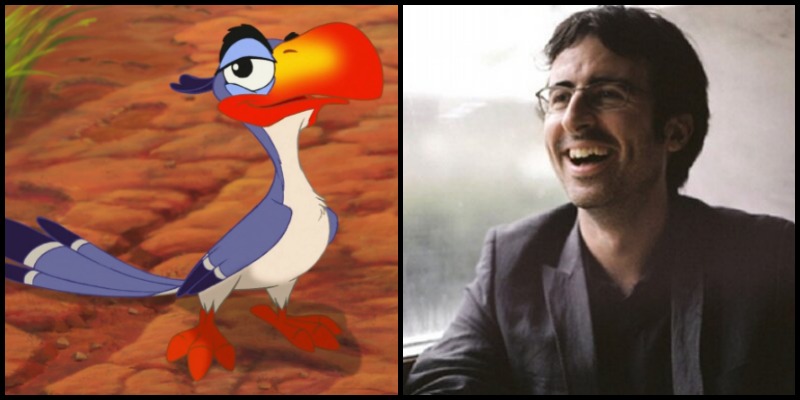 ShareTweetSubscribe
It has been confirmed that John Oliver has been cast to portray Zazu, the high-strung hornbill who serves as Mufasa’s loyal majordomo, in Disney’s live-action remake of The Lion King. Oliver will join the star-studded cast that includes Donald Glover as Simba, James Earl Jones as Mufasa, Billy Eichner as Timon, and Seth Rogen as Pumbaa. Jon Favreau is set to direct The Lion King remake, which is presumed to exercise the same kind of performance capture and CGI as Jungle Book to bring its animal characters to life. The new film is said to feature songs from the original 1994 animated classic. The Lion King is due to arrive in theaters on July 19, 2019. Source: Entertainment Weekly
ShareTweetSubscribe