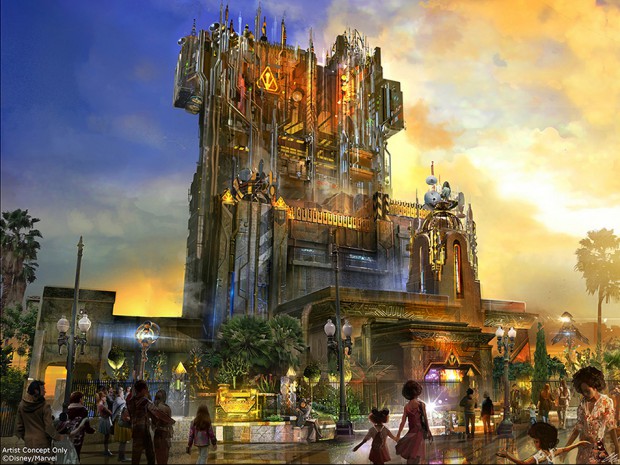 Disney announced today at San Diego Comic-Con that the rumored Guardians of the Galaxy re-boot of Tower of Terror IS coming to Disney California Adventure.

Guardians of the Galaxy-Mission: BREAKOUT! is due to be completed by summer 2017. The story line for the new attraction has The Collector displaying his newest acquisitions, the Guardians of the Galaxy, trapped inside display cases.

However, Rocket has escaped and is asking guests for help to rescue the Guardians…and an exciting adventure ensues aboard a gantry lift. According to Disney Imagineer Joe Rohde, the attraction will be part of a larger Marvel area.

The ride will feature new audio and visual effects, plus several unique profiles, with different drop sequences and songs inspired by the film’s soundtrack.

Tower of Terror will close in early 2017 to make way for the new attraction.