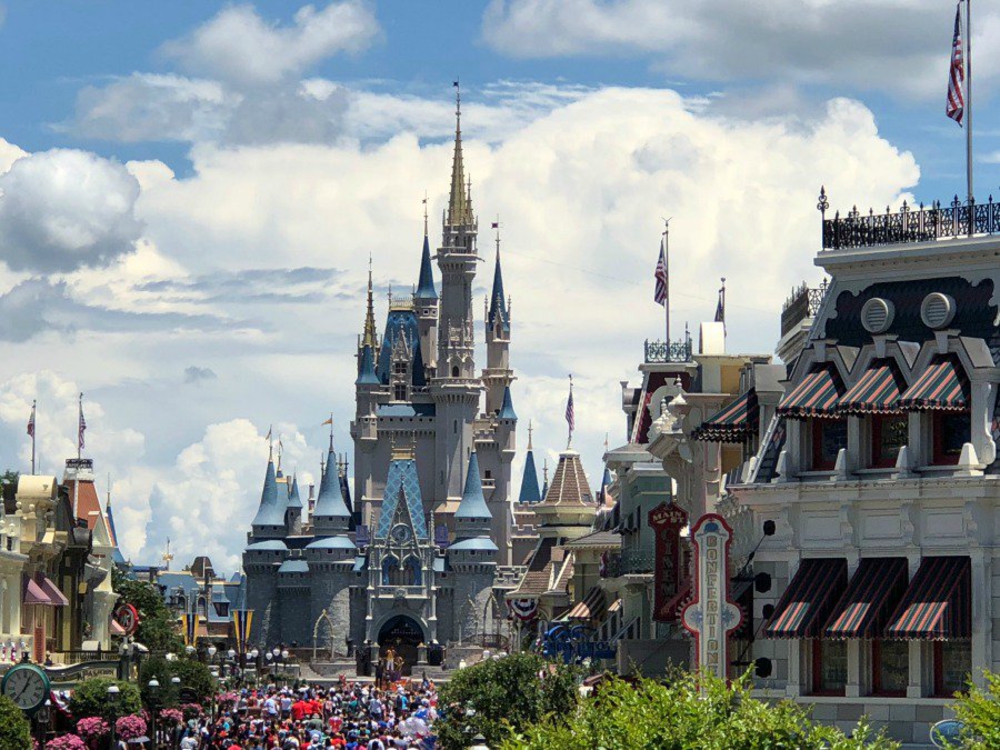 Disney has announced that, in addition to the temporary furlough for non-union salaried, executive and hourly cast members announced last week, as well as the early end to this season’s Disney College Program, they will now be suspending the remaining Disney Internships & Programs as of April 18th.

The following notice was posted on the Disney Internships & Programs Facebook page: 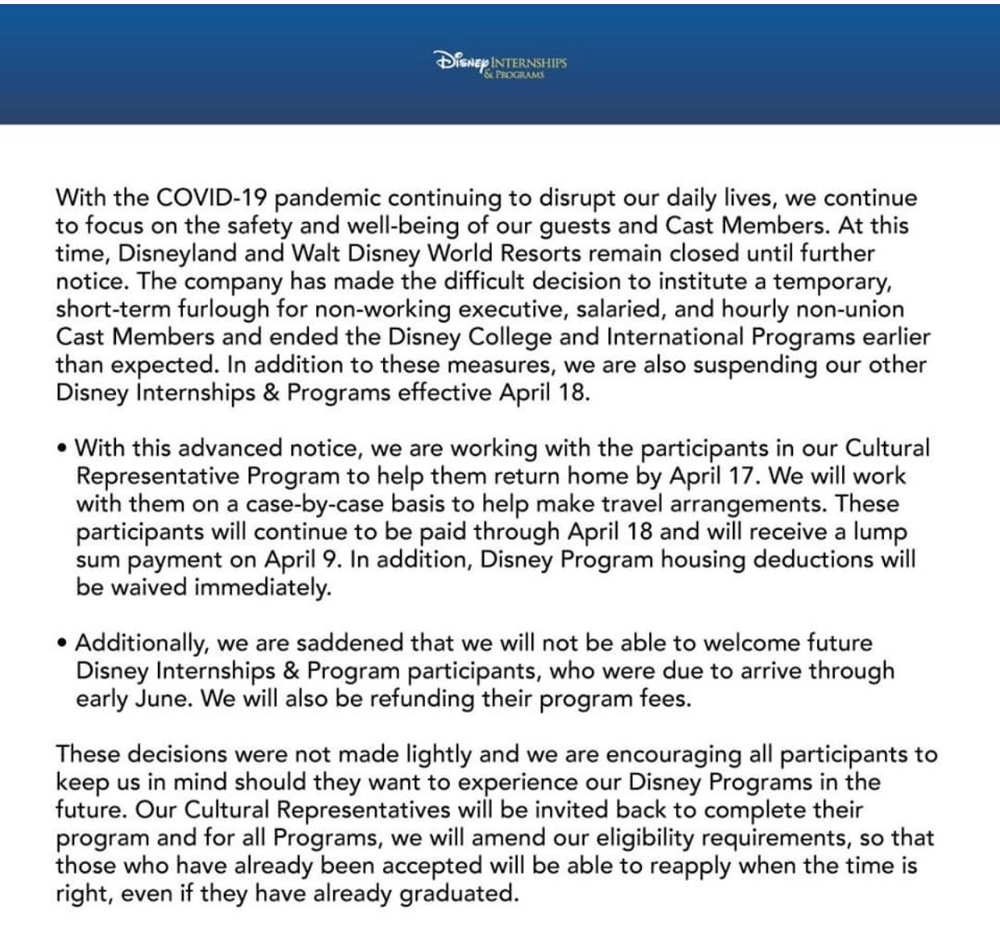 The notice also details that Disney College Program participants who were scheduled to begin their program in early June will now be unable to do so, and will receive a refund for their program fees.

Disney will be adjusting their requirements so that the impacted cast members may have an opportunity to complete their programs in the future.