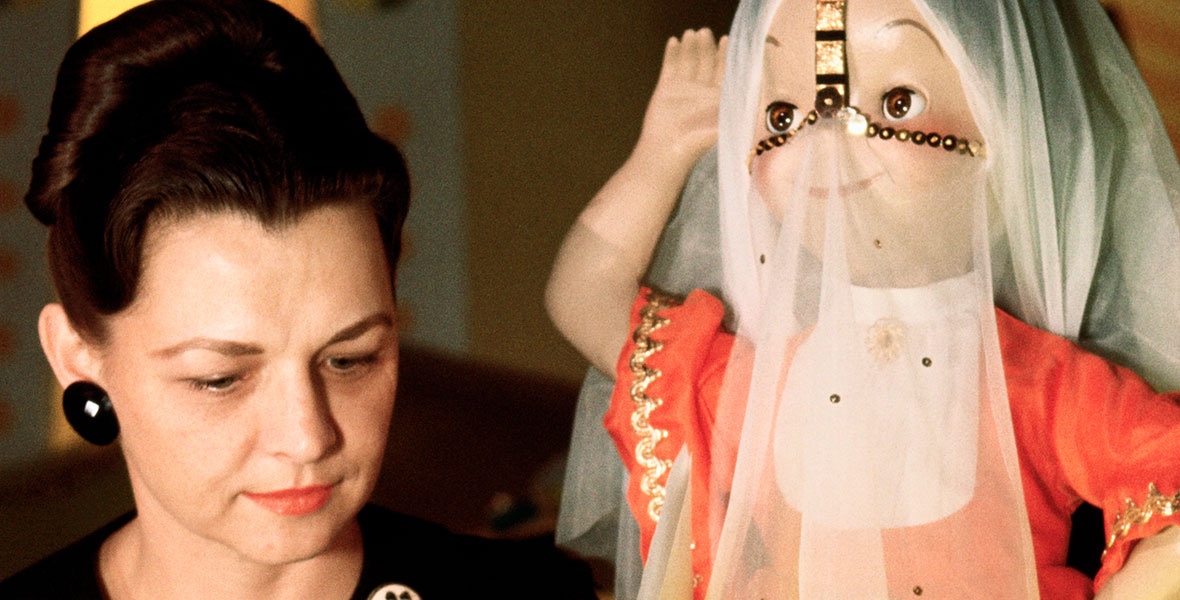 Prominent Disney legend, Alice Davis, passed away on November 4th, 2022 at the age of 93. Davis was married to fellow Disney Alumni, Marc Davis, one of Disney’s famed Nine Old Men, animator, and Imagineer. Despite her marriage to one of the original Disney greats, Alice was part of the Walt Disney Company’s elite in her own right as well, due to a highly respected career in design that saw her leave her unique and talented mark on Disneyland. Davis was well-known for the her design and consultation on many animated figures within the park, including in popular attractions such as Pirates of the Caribbean and “it’s a small world.”

Married in June 1956, Alice and Marc enjoyed a Disney fairy-tale-romance-come-true for 44 years until Marc’s death in 2000. Alice has continued to consult for the Company, and remains a frequent face at Disneyland events. She was honored with a window on Main Street, U.S.A. at Disneyland—next to her husband’s window—on May 10, 2012.

The Disneyana Fan Club Disney Legend award was given to Davis in 1997, seven years before her induction as a Disney Legend in 2004. A ceremony was held at the Walt Disney Studios in Burbank, California, commemorating the occasion. Almost ten years later in mid 2012, a window on Main Street, U.S.A. at Disneyland was dedicated to Davis, an offering made extra special as it is located next to her late husband’s honorary window.