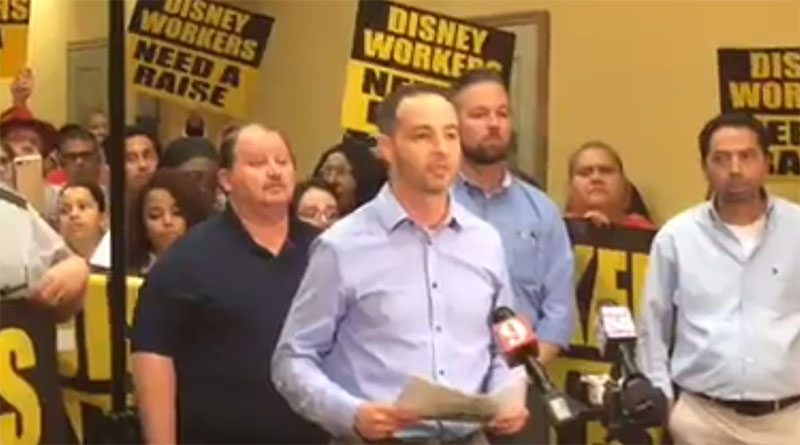 Disney and the Service Trades Council Union began talks this week to negotiate cast member wages. Due to the overwhelming differences in their proposals, Disney has sought an independent federal mediator to help the process along.

“Given the union’s limited availability and the significant delta between our wage proposals … we are enlisting the services of an independent federal mediator. We believe the use of a mediator will be beneficial for all involved to assist the parties in reaching an agreement.”

Disney’s initial proposal would see a 2.5% increase in pay for cast members, but freeze new hire minimum wages at $10-per-hour. According to Chambers, the STCU’s plan would raise the wages of cast members earning $10-an-hour to $15-an-hour, provided they had been with the company for three years. He also said the union seeks to raise the pay of cast members who receive tips to the minimum wage of $8.10-an-hour, as opposed to the roughly $5-an-hour they currently receive.

Of Disney’s decision to bring in a mediator Chambers said,

“I’m not completely surprised. We have a long way to go to reach a settlement in a short period of time.”

That short period of time only gives the two sides until October 24th to reach an agreement; if no compromise is found, they will move on to discuss other issues.

Chambers noted that independent mediators had been involved with Disney/union negotiations before, however, generally not at this early a stage. It is not yet known if both sides will be in the same room for the next round of meetings set to take place on September 19th and 21st.

Chambers did not express negativity regarding the first round of talks, saying it was “very cordial and both sides appeared to respect each other’s position.”