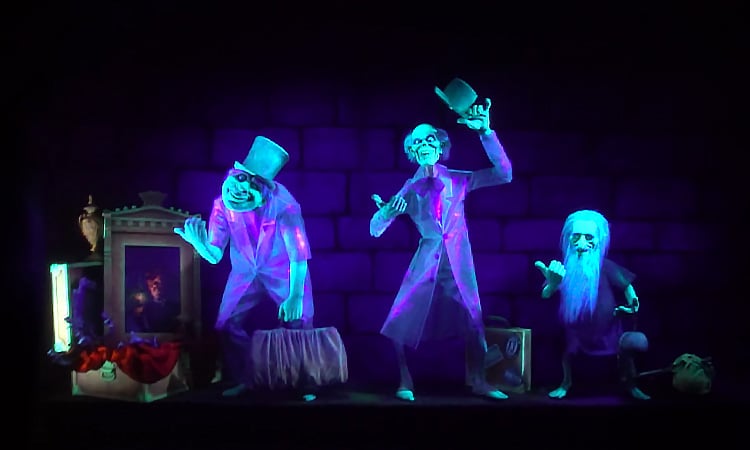 Patents filed by Disney suggest that Walt Disney Imagineers are currently working on ride technology that could change guests’ ride paths depending on how frightened they are. If you start to feel sick during the ride your vehicle would slow down, and if you start to feel scared the attraction could turn off some of the scarier show elements. The inverse is true as well, if the new technology senses that you are bored, then the experience would amp up the intensity.

The technology behind this patent could eventually use a combination of the guest’s heart rate, facial expressions, skin temperature, perspiration, vocal stress, eye movements, and even their age to gauge their experience. This new technology would have the ability to adjust or change certain ride elements, special effects, animated characters, or even entire ride environments.

Seen below is the diagram featured in the patent that details how this technology would be implemented. This technology will likely change how we experience and react to theme park attractions. As the Orlando Sentinel points out, “such technology might also cause guests to be a little more conscious of how they are reacting to a ride. (Because) if you close your eyes, you might be put in the slow lane.” Disney had this patent approved by the U.S. Patent Office in October, but on Thursday, March 8, 2018, Disney filed another patent that would extend this technology into any environment. In the Orlando Sentinel, registered patent attorney Terry Sanks is quoted as saying, “Disney isn’t limited just to theme parks. They could be wanting to use it in other venues, like cruise ships.”