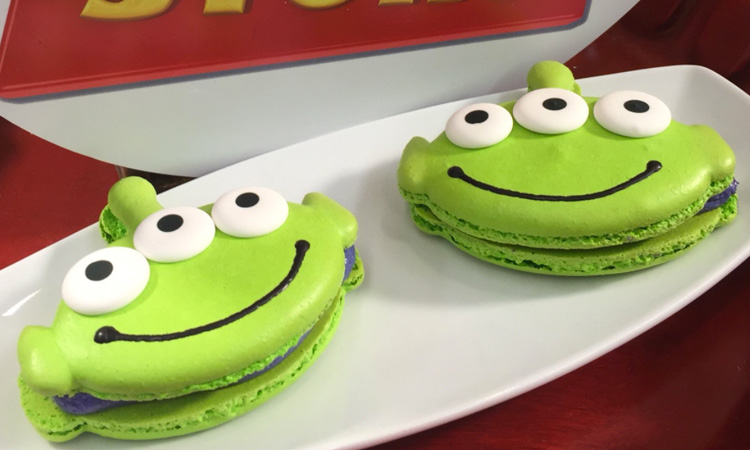 Starting on April 13, 2018, Disneyland Park and Disney California Adventure Park will be celebrating guests’ favorite Pixar characters and stories with Pixar Fest. As part of the celebration, guests will find special Pixar-themed snacks and treats.

While the full list of snacks has not been released, D23: The Official Disney Fan Club did reveal the first look at a number of the treats on social media including a Toy Story-themed Alien Macrons, a Monster’s Inc.-themed Mike Wazowski Rice Krispies Treats and sourdough bread, a Luxo Ball (a.k.a. Pixar Ball) candy apple, and a Finding Dory-themed Dory cake pop.

Some of the treats coming to Pixar Fest at @Disneyland and Disney California Adventure April 13! Check out our Instagram Story (DisneyD23) for more #PixarDisneyParks pic.twitter.com/CA3cilo2G5