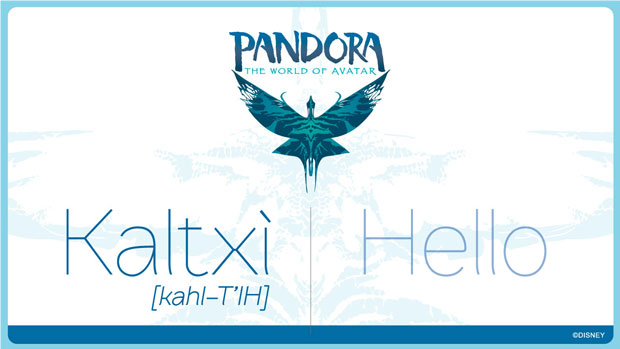 If you are the kind of person who thinks a little research before a trip pays off, why not try to learn a little bit of Na’vi before your first excursion to Pandora – The World of Avatar? The Disney Parks Blog has released a handy primer to get you up to speed on communicating in Animal Kingdom‘s new land. In a few short minutes you will be able to converse with cast members in the language of the natives. If you are nervous about your accent, don’t worry. Disney describes humans speaking Na’vi like this: