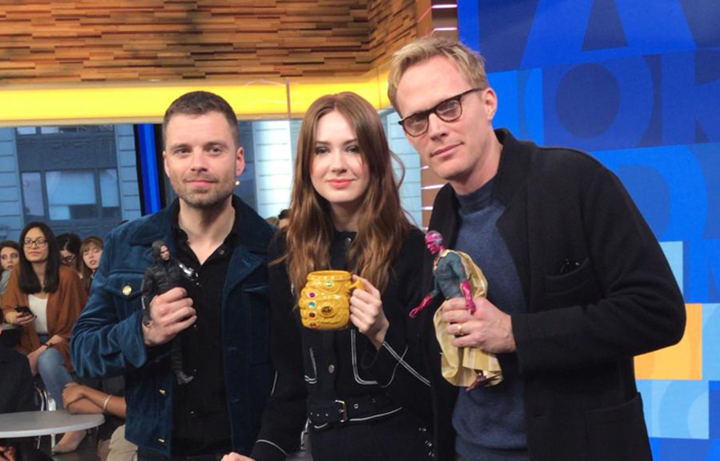 Today on Good Morning America it was announced that the Walt Disney Company would be kicking off Marvel: The Universe Unites, which will be a charity campaign to raise funds and awareness for Starlight Children’s Foundation, Make-A-Wish®, and Give Kids The World.

On March 3-4, shopDisney.com and Disney stores in the U.S. will be donating 10% of sales of all Marvel products up to $50,000 to Make-A-Wish® who grants “life-changing wishes for children with critical illnesses.”

Hasbro will also be donating $1 million to Give Kids The World, which is a village here in Central Florida that grants an unforgettable vacation to Walt Disney World for critically ill children and their families.

The Marvel’s Avengers: Infinity War ensemble will also be given a toy care package, with new Marvel products, which will be donated to children’s hospitals.

On March 3, there will be a Marvel: The Universe Unites Amazon Wish List, which will allow consumers to send Marvel Studios’ Avengers: Infinity War products to the Starlight Children’s Foundation®.

Chadwick Boseman (known to fans as the Black Panther or T’Challa) said, “Being a Marvel Super Hero gives us a powerful platform to directly influence positive change. Giving back to kids is the most impactful role you can play. Marvel: The Universe Unites and #HeroActs is just a fun way to support a noble cause while entertaining kids and fans around the globe.”