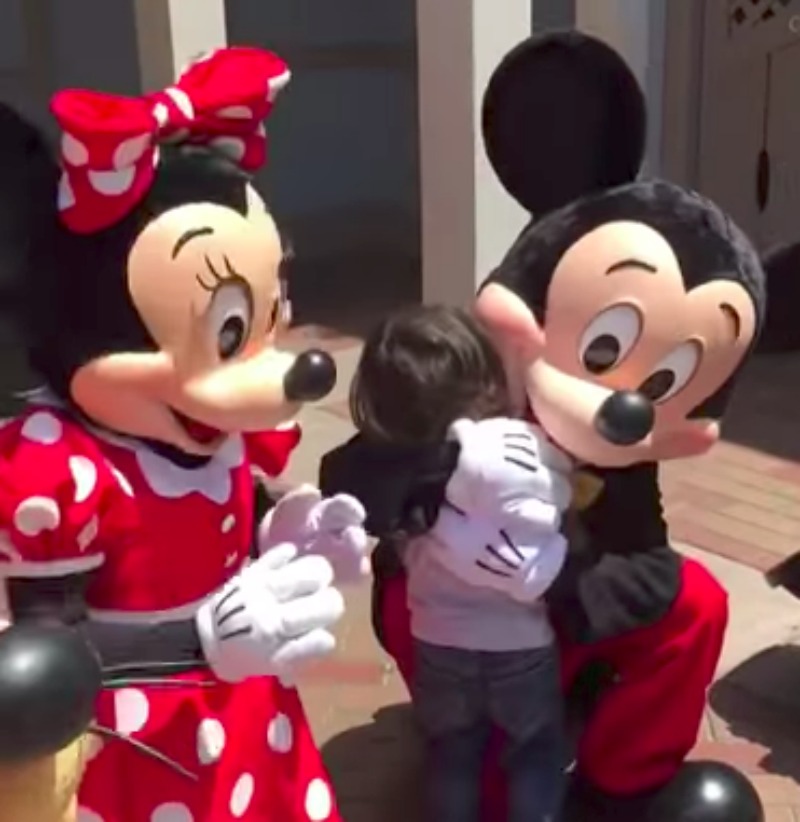 A hearing impaired little boy recently visited Disneyland with his family where he was treated to a big surprise when he met Mickey and Minnie Mouse and they spoke his ‘language.’

Olive Crest, an organization that works with abused and at-risk children, shared a video online of the little two and a half-year-old boy approaching Pluto, Minnie Mouse, and Mickey Mouse – take a look!

An Olive Crest representative said, “Guys, this kid is the most incredible child I’ve ever met. He is mostly deaf, so the ASL translator is behind him, signing to the characters so they can copy her and communicate with the little guy.” After the character encounter, the representative also said, “He is not a big hugger, so that hug for Minnie is something special.”

Mickey and Minnie signed “It’s nice to meet you” and “I love you,” according to Olive Crest.