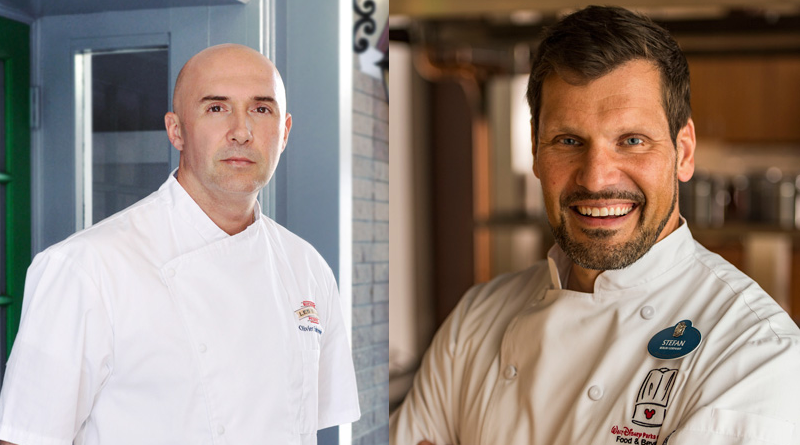 Chef Stefan Riemer began working on the Disney Culinary team in 1999. He was “classically trained in Europe,” and became a certified master pastry chef. At Walt Disney World, Riemer crafts the menus at both Amorette’s Patisserie and The Ganachery at Disney Springs. After being awarded Riemer said, “I am so honored to be recognized, but a chef is nothing without a great team and the influence of the people surrounding him.” This isn’t Riemer’s first accolade as he also won the Walt Disney Legacy Award, which distinguishes Riemer for his “outstanding achievement.” That award was selected by Disney leaders and other cast member peers.

The executive pastry chef for Chefs de France in Epcot, Chef Olivier Saintemarie was the other chef honored by the distinction as one of the ten best pastry chefs in America. Like Riemer, Saintemarie was also classically trained in Europe. He joined Disney Cruise Line in 1999, and he worked there as executive pastry chef until he moved to the Chefs de France restaurant in 2014. In addition to Chefs de France, he also overlooks the production of “bread and pastry production for Les Halles Boulangerie-Patisserie, Monsieur Paul and L’Artisan des Glaces.”

Dessert Professional magazine has been honoring pastry chefs with this award for the last 24 years.