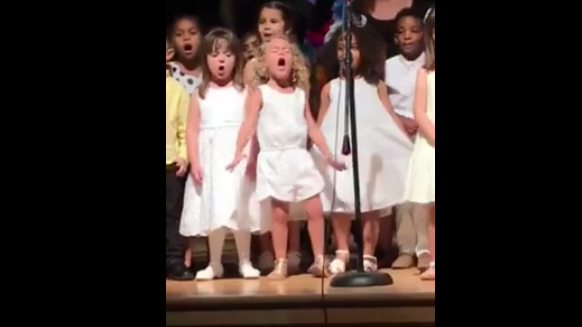 A passionate 4-year-old girl named Sophia is going viral for her performance of Moana’s “How Far I’ll Go.” Sophia and her Pre-K graduation class sang the song, but it was clearly Sophia who was the star of the show. The original video has now been viewed over 13 million times!

Sophia decided to belt out what is supposed to be a “sweet and mellow” song. Sophia’s mother, Michelle, said that, “Sophia didn’t get the memo.” Michelle has taken the attention to her daughter’s enthusiastic rendition with stride, saying that she hopes the video will bring joy to everyone who watches it.