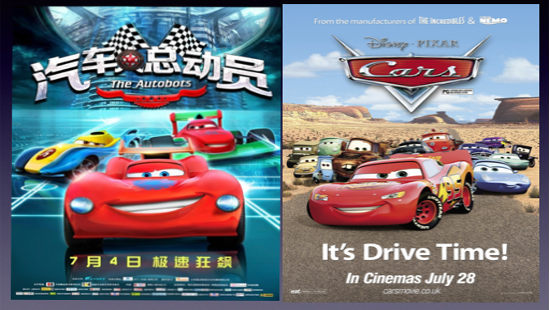 Disney-Pixar has won a lawsuit in China against a company who released a “knockoff” version of the Cars films.

Blue MTV, a Chinese movie studio, released The Autobots in July 2015. Disney filed a lawsuit in Chinese courts stating that the movie was a copy of their intellectual property, referring to the Cars film franchise.

The judge found in favor of Disney-Pixar and awarded them 1.35 million yuan ($195,000 US). The judge said, “Characters known as K1 and K2 bore too similar of a resemblance to Lightning McQueen and Francesco Bernoulli in the Cars films from Disney.”