A day at Disney: Visiting on one of the most crowded days of the year 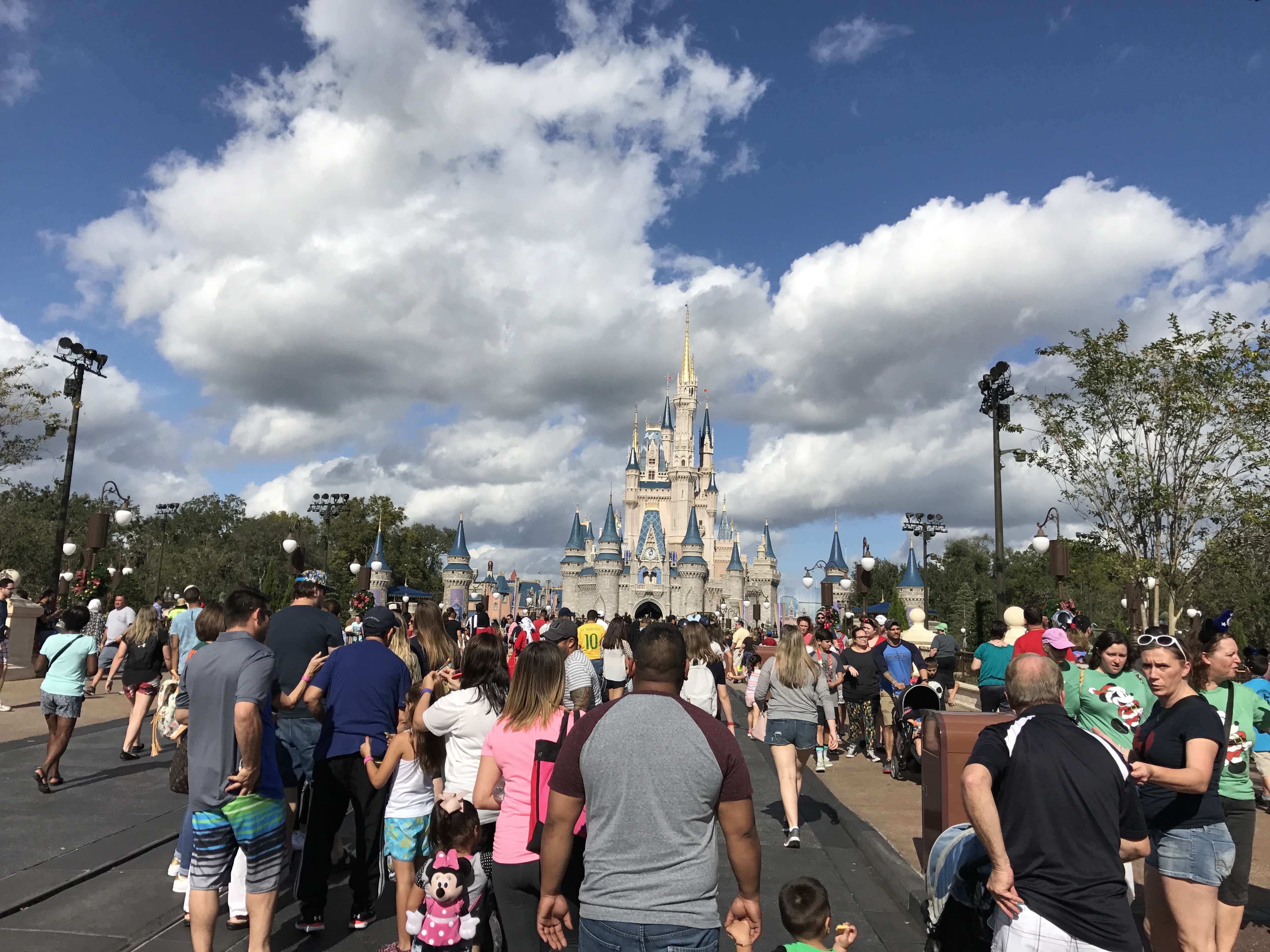 Typically, Walt Disney World the week between Christmas and New Year’s Day is incredibly crowded. So I decided to go check it out and visit the most crowded park of them all, the Magic Kingdom.

I started out the day parking all the way in the back of the Mulan parking lot. If you don’t know, that is the very back of the parking lot, so I was immediately concerned with how crowded the park was going to be. After taking the resort monorail I eventually got to the front of the Magic Kingdom. The lines for security were long, but not as bad I was expecting. I then remembered that annual passholders have their own ticket line this week, and this line might be one of the best additions Disney has had in awhile. It was quick and easy getting in through this line, and I really hope this week was a test for what will become a full time policy. There is no denying that there were long lines today. Popular attractions like Seven Dwarfs Mine Train and Space Mountain had lines over two hours, and even some of the Omnimover attractions like Buzz Lightyear Space Ranger Spin and Under the Sea – Journey of the Little Mermaid had lines over an hour. But these wait times aren’t unheard of; in fact from what I can remember they are shorter than in years past for the week between Christmas and New Year’s Day. Overall, it was pretty hard to judge how crowded the park truly was. Yes, there were long lines, but most of the park wasn’t shoulder to shoulder traffic. The only place I felt the park truly crowded was the bottlenecked area between Peter Pan’s Flight and “it’s a small world” and it’s always pretty crowded there. The exception was a 30 minute wait for the PeopleMover, which is typically is a walk on attraction. Although this was just an estimated guess from the cast member I overheard, I could believe her, as the line stretched almost all the way to Space Mountain. I proceeded to walk around each line with ease. I wanted to find an attraction with a short wait time that I could jump on, but there weren’t too many options. I finally settled on the Hall of Presidents. It was a very full show and I had a pretty bad seat, but I still enjoyed it. After that, I continued my walk around the park. Overall, it wasn’t a bad experience, and I enjoyed the atmosphere of just being in the Magic Kingdom. Because I wasn’t focused on getting every attraction, I actually enjoyed just walking around, and if I had scheduled out my FastPasses a couple months ago, I’m sure I would have had an even more enjoyable day. So all things considered, visiting during one of the busiest weeks of the year wasn’t that bad, in fact it was actually pretty fun. Once I had made my way around the Magic Kingdom, I took a boat over to Disney’s Polynesian Village Resort, which is my favorite Disney resort. I took one of the small boats over from the Magic Kingdom. I was surprised that there was no one out on Seven Seas Lagoon renting boats. That is one of my favorite things to do at Walt Disney World, and it is especially a good option on the crowded days in the parks.

Now I am currently sitting in the lobby at Disney’s Polynesian Village writing this up. The resort isn’t crowded at all. In fact it is pretty quiet. It made me wonder how many people vacation in Walt Disney World without entering a theme park. I’m sure it happens, and with all that there is to do in Walt Disney World, guests could make a fun week out of just relaxing at the resorts, visiting Disney Springs, renting a boat or two, and miniature golfing. If you’ve ever spent a week in Walt Disney World like this, let me know in the comment section. I’d love to hear about it.