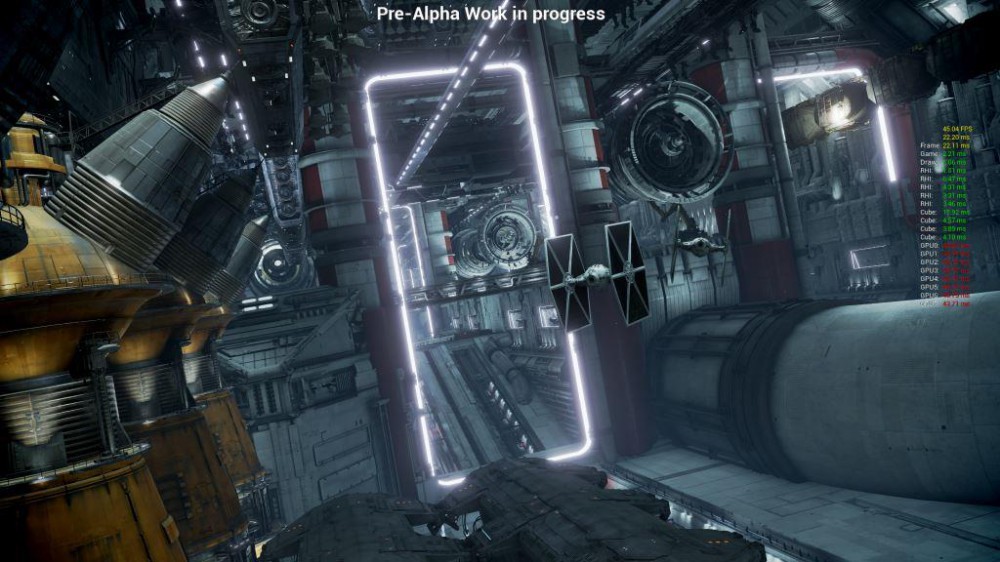 NVIDIA, who is working with Walt Disney Imagineering on the new Millennium Falcon attraction for Star Wars: Galaxy’s Edge, has released a brief glimpse at what guests will see while on the attraction when it opens in 2019.

A picture taken from a video sequence created by ILMxLAB shows the detail and immersion that the attraction will offer. According to NVIDIA, five projectors will be synchronized to take the riders through the world of Batuu.

The attraction uses a “single BOXX chassis packed with eight high-end NVIDIA Quadro P6000 GPUs, connected via Quadro SLI,” which according to Imagineer Bei Yang will allow them to “achieve performance unlike anything before.”