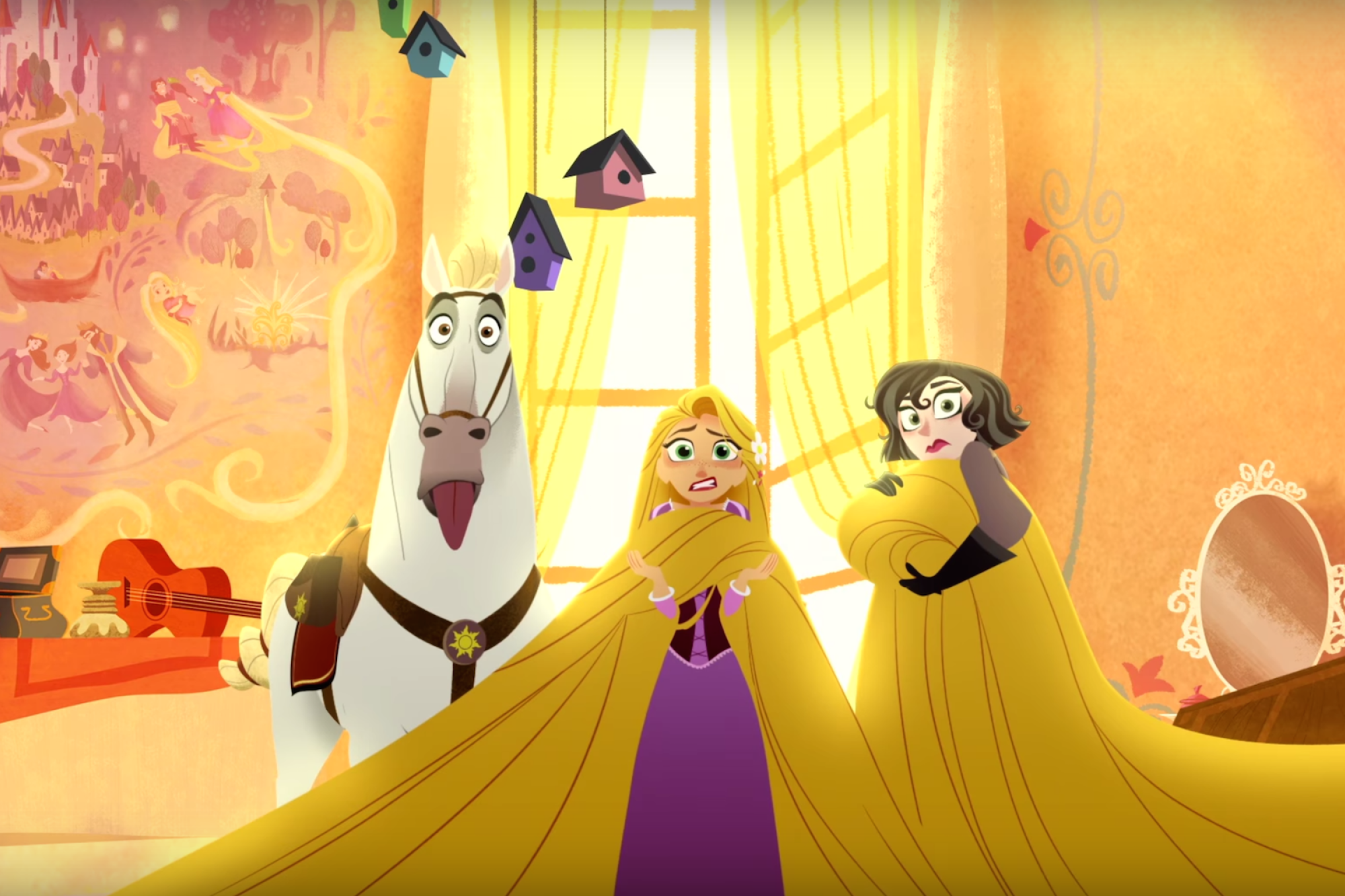 Disney is sharing a first look at the new animated Rapunzel series coming to Disney Channel this spring.

The show will be kicked off in March with a Disney Channel Original Movie, Tangled: Before Ever After, then Tangled: The Series will begin shortly after.

As Tangled fans will remember, the film ended with Rapunzel’s long golden locks being cut off and turning brown. As you’ll see in the trailer, the magic returns and Rapunzel is once again left toting around 70 feet of hair.