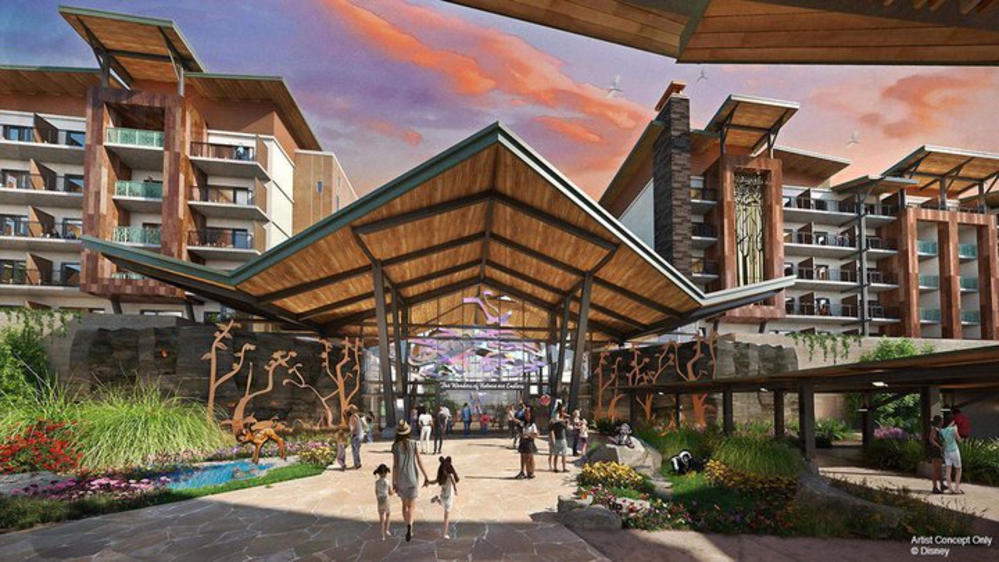 Theme park reporter, Scott Gustin, discovered this afternoon that Disney has retroactively edited their story highlighting the announcements made at last year’s D23 Expo. Reflections- A Disney Lakeside Lodge has now been removed from the promotional article.

NEW: Disney has updated its 2019 D23 Expo announcements blog post and removed Reflections – A Disney Lakeside Lodge. BEFORE and AFTER screenshots attached.

It’s worth noting the original EPCOT plans that have since been modified are still in the post.https://t.co/uy25DWjo9M pic.twitter.com/juP9F7nw5g

DIS Contributor Ryan Teetz mentioned in his June Rumor Round Up that construction on the upcoming resort had apparently stopped and that the Reflections project had been tabled, according to several sources.

Disney’s editing of the D23 Expo story lends even greater credence to the thought that the new Disney Vacation Club property has indeed been shelved.

Gustin points out that editing of this kind has been done before when the decision’s been made by Disney to pull a construction project, such as the proposed Main Street Theater.

No official confirmation has been made by Disney at this time.

Further information regarding the possibility of Reflections being cancelled can be found in Paul Krieger’s June 14th article for DVCFan.com.