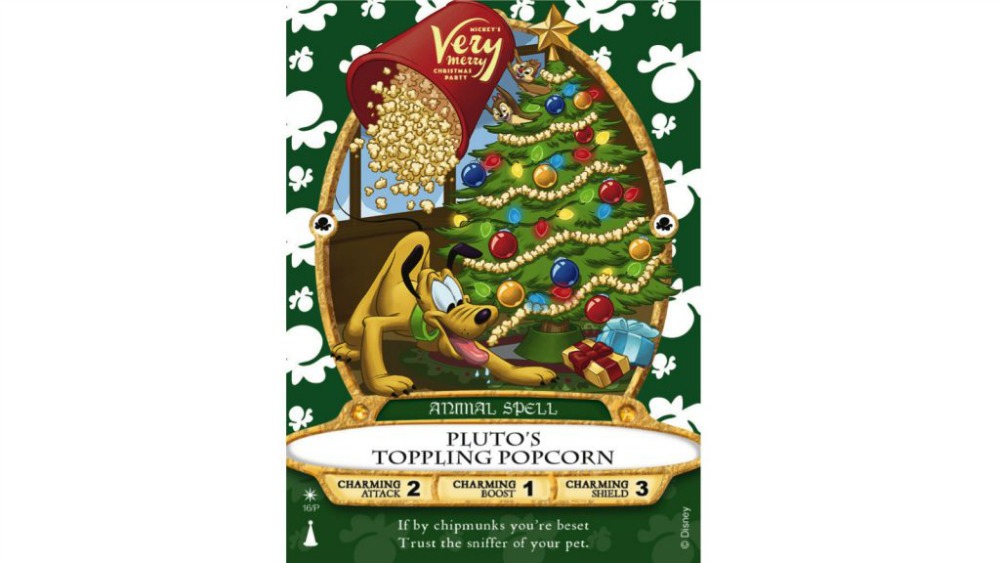 It’s just about time for Mickey’s Very Merry Christmas Party to return to Magic Kingdom and the Disney Parks Blog has shared an early sneak peek at this year’s party-exclusive Sorcerers of the Magic Kingdom card that party attendees can pick up on party nights.

The Sorcerers of the Magic Kingdom is an interactive game where guests can partner with Merlin to help conquer sly Disney Villains who are trying to take over Magic Kingdom. Guests search for villain hideouts throughout the park and visit magic portals where they use special spell cards to ward off the villain’s attack. Each spell card features a different Disney character with their own individual powers.

The game starts at the Firehouse on Main Street, U.S.A., where you can pick up your complimentary starter kit which includes spell cards and maps. Additional cards can be purchased at select merchandise locations.

According to Imagineer Jonathan Ackley,

While gazing into his crystal ball, Merlin caught sight of the mischievous chipmunks Chip and Dale. The scampering scamps were playing a festive trick on the unwary Pluto the Pup,” he said. “When he finished laughing at their Holiday Hijinks, Merlin decided to create a magical spell in their honor. Now the Sorcerers attending Mickey’s Very Merry Christmas Party can learn this spell, ‘Pluto’s Toppling Popcorn.’ With it, they can defend the realm of the Magic Kingdom…deliciously!