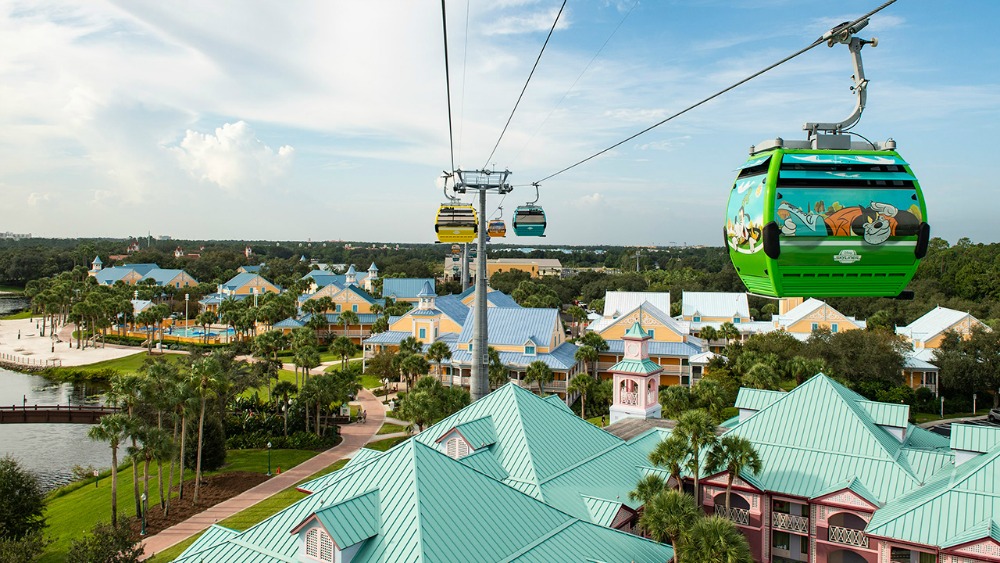 The exciting opening of Walt Disney World’s newest mode of transportation is right around the corner and Disney has just shared a video giving the first official look at the Disney Skyliner in action.

The Disney Skyliner will offer riders views that have never been seen before as the gondolas glide over the Walt Disney World Resort.

Each Disney Skyliner cabin will accommodate up to 10 guests, including those traveling with wheelchairs or assistive devices. The system stays in constant motion as guests arrive quickly to their destinations. Disney has reminded us again that the cabins have been “mindfully tailored for the Florida climate.”

The Disney Skyliner will begin welcoming guests on Sunday, September 29, 2019!