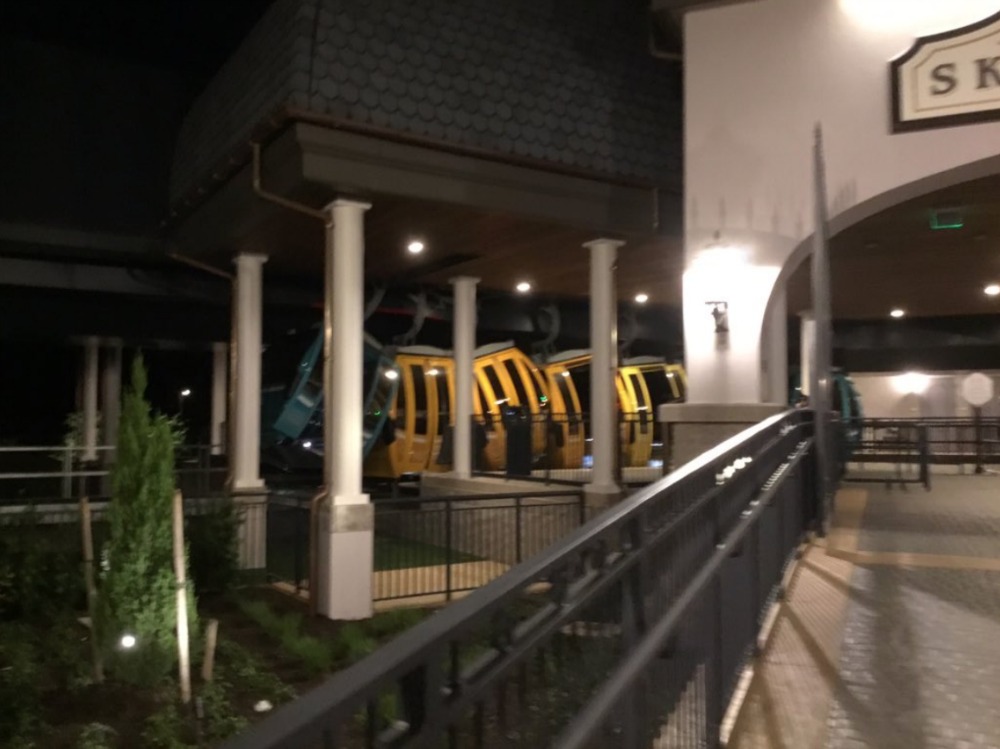 Disney has issued the following statement regarding the incident with the Disney Skyliner on October 5th:

“We have a team diligently looking into the cause of the malfunction on the Epcot line of the Disney Skyliner. We have been in contact with the guests, many of whom were on the Skyliner for more than three hours until we were able to restart the system. We express our sincere apologies for the inconvenience and continue to work with each guest individually.”

DIS reader, BT, left an account of his experience in a Disney Skyliner cabin in the comment section of last night’s article:

Soooooo…. I can’t win the lottery but, tonight my wife and I decided to have dinner at Caribbean Beach and finally ride the Skyliner. We were in the yellow gondola crashed behind the aqua-colored one in the photos above!!!!!!!! It wasn’t so much of a crash, it was more like a crushing. Our car was moving but the aqua car wasn’t. They freed us up pretty quickly but the scraping sound and the drop made my wife scream. Luckily we were right at the Riviera and evacuated there. We’re home now… but looking at the photos… maybe I should of asked for fast passes! I hope everyone stays safe!! I wish everyone up there the best!

This is what happened…
The system was down for like 10 minutes. Our car doors were open at the Rivera turnstile and a cast member was doing a Disney trivia game while we waited. Then the system came back on. The aqua car in front of us didn’t move… we crushed up against them and the cars behind us crushed into us. When they freed the aqua car, it made our car swing and drop a little, along with screeching sounds of metal on metal. I believe there was a drop because we were right on the edge of the turnstile and the actual cable. Not sure how it all works. The plexiglass vents broke on both cars, our doors were bent up, and I’m assuming there was damage to cars behind us.

WFTV is quoted as saying that ‘A Disney spokesperson said they are aware of the issue and are calling it “unexpected downtime.”‘

From Spectrum News 13: According to Disney Communications: “One of the three Disney Skyliner routes experienced an unexpected downtime Saturday evening. As a result, the Skyliner will be closed while we look into the details surrounding this downtime. We apologize for this situation, and we are working with each guest individually regarding impacts to their visit with us.”

The Orlando Sentinel is reporting that a Disney spokesperson said that, “One of the three Disney Skyliner routes experienced an unexpected downtime Saturday evening,” the release said. “As a result, the Skyliner will be closed while we look into the details surrounding the downtime.”

At this time on the My Disney Experience app, the Skyliner is not showing as a transportation option.

We will update this story if further information is released.

According to numerous reports on Twitter, there has been an accident involving the Disney Skyliner cabins at the Riviera Resort station.

Guests are reporting that they’ve been stuck for over an hour. 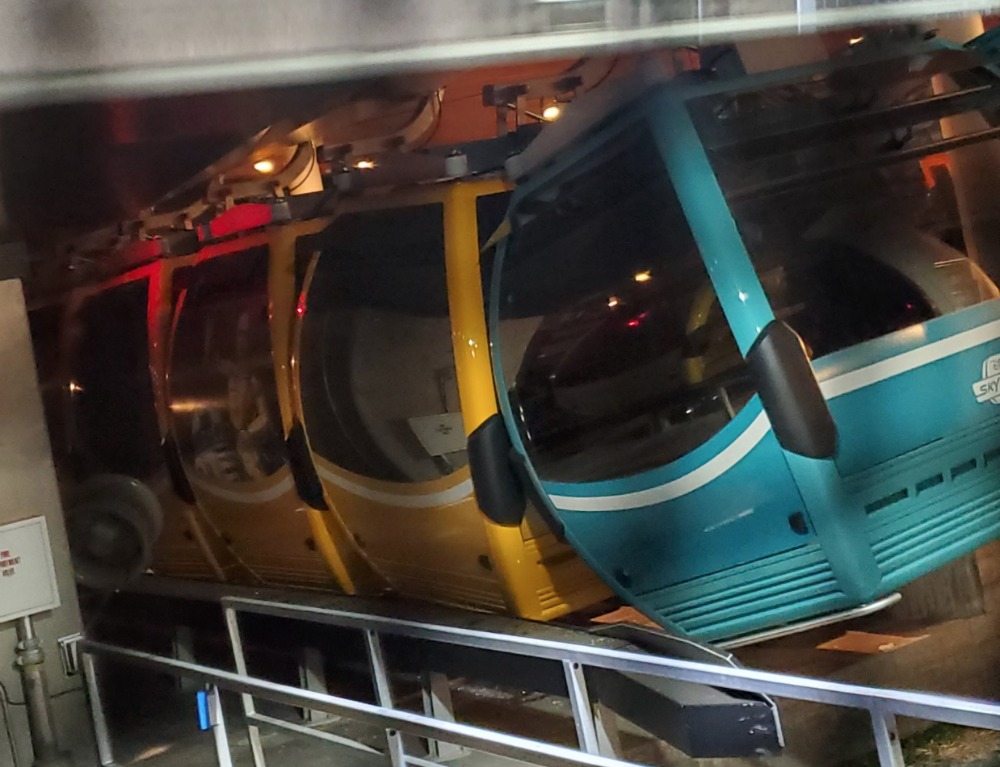 We’re hearing reports that evacuations are currently in progress and that Disney officials have instructed guests over the speaker system to get out the emergency kits which contain water, waste bags, a whistle, ice packs, glow sticks, and a notepad.

@WDWGuestService One hour and 49 minutes later and still waiting for answers. Looks like the one in front of us is being evacuated now. #disneyskyliner pic.twitter.com/GJ7CuarGcX

This story is breaking/developing and we will update it as we receive further information.