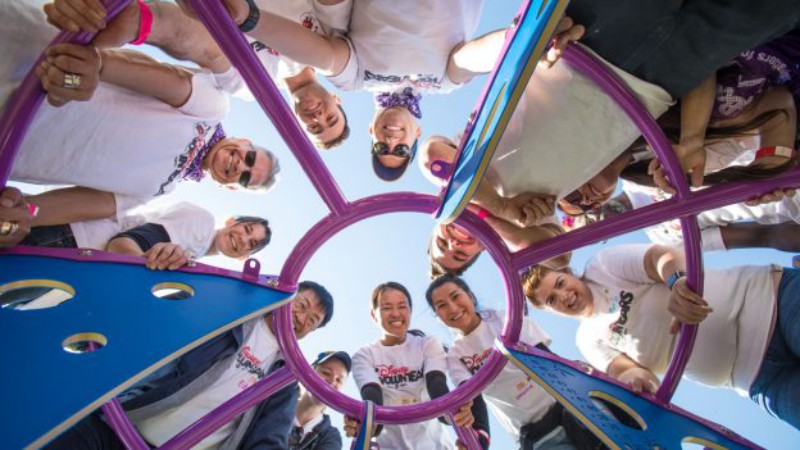 In celebration of the 35th anniversary of the Disney VoluntEARS program, Disney is sponsoring local community projects around the world through the first-ever Global Week of Service on June 3rd – 9th, 2018.

Thousands of Cast Members from all Disney Parks and Resorts will set out to serve their communities in honor of Disney’s legacy of community service and the original VoluntEARS who formed in Disneyland Resort in 1983.

Since its birth, the VoluntEARS program has served over 10 million hours worldwide in hospitals, playgrounds, beaches, and more. Just last year alone, VoluntEARS spent more than 486,000 hours serving their communities.

From the Disneyland Resort Cast Members distributing 40,000 books to Orange County teachers and students to the Disneyland Paris Cast Members packing 100,000 meals for European families in need, VoluntEARS are making significant contributions to their local communities supported by Disney.

In addition to sponsoring this year’s Global Week of Service, Disney has a long history of donating to charities and financing service projects. Last year, Disney donated $348 million in cash donations to charities around the world and the Disney Team of Heroes committed $100 million to children’s hospitals in conjunction with the VoluntEARS.

The Ears to You grant program allows Disney Cast Members to turn their hours of volunteer service into a donation to one of thousands of charitable organizations.