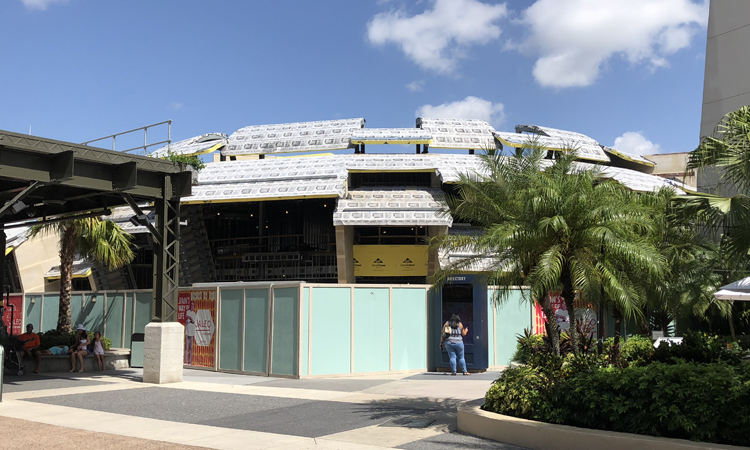 Disney Springs at Walt Disney World is filled with major construction projects going on right now. Jaleo, the new Spanish inspired establishment, is expected to open before the end of the year. There wasn’t much to see with the construction walls still in place, but guests can already see the structure’s unique cascading roof. Also on the West Side of Disney Springs will be The NBA Experience, which is expected to open in the summer of 2019. It sits in the former location of Disney Quest. Disney hasn’t released a lot of information since the project was announced in October of 2017, and today there didn’t seem to be any construction workers working on the building. Wolfgang Puck Bar and Grill’s construction seems to be moving quickly, and the new restaurant is scheduled to open before the end of the year. The exterior of this project was the furthest along of any of the ongoing construction projects at Disney Springs. The Polite Pig, a barbecue-style quick service restaurant, is undergoing some changes. Construction walls are surrounding a corner of the outdoor seating area. To read more about those changes click HERE!