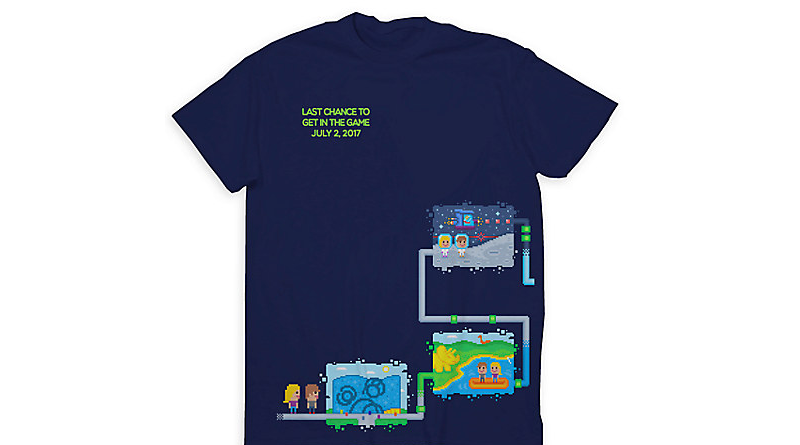 DisneyQuest opened on June 19, 1998, but on July 2, 2017, it will close its doors in order to make room for the upcoming NBA Experience. The Disney Store has created a farewell unisex t-shirt that will be sold for a limited time for $27.99 to “commemorate the memories.”

The shirt says, “Last Chance To Join The Game – July 2, 2017” and features many of the iconic games from DisneyQuest.