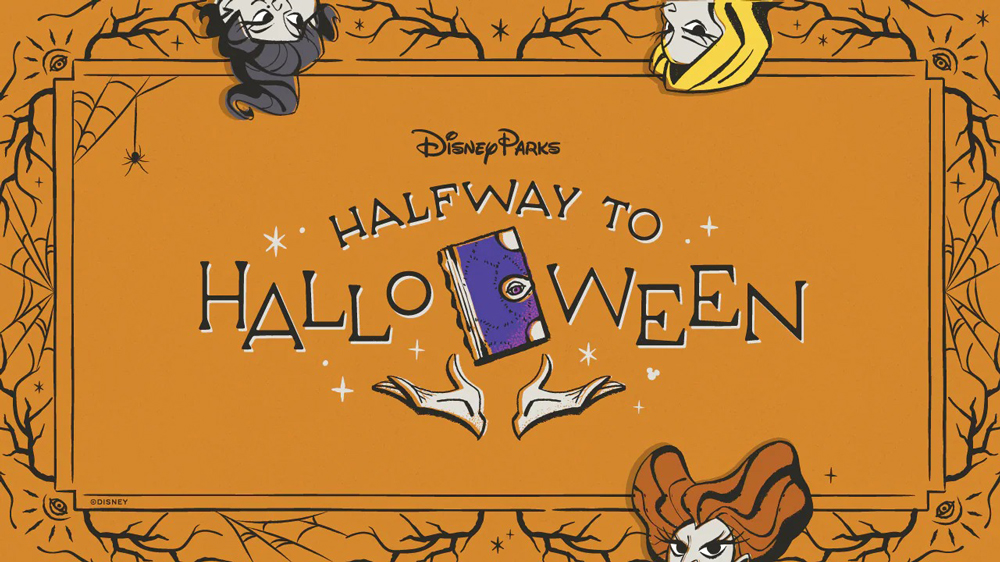 There are big plans for this week according to a new post on the Disney Parks Blog! We are Halfway to Halloween already and surprises are brewing.

Later today, Disney will be releasing their Foodie Guide that’s full of all the Halloween-inspired eats and treats guests will be able to find this Halloween season at Walt Disney World and Disneyland.

On Tuesday, we can look forward to a Halloween-themed At-Home Planning Guide.

Disney will be hosting a Twitter Watch Party on Wednesday, April 27th beginning at 8 p.m. ET/5 p.m. PT. Fans can bring their favorite snacks and tune into Hocus Pocus on Disney+ to join in on the fun.

Thursday is the big day and Disney promises “a full day of #HalfwaytoHalloween fun and spellbinding Disney Parks announcements.”

For those of you on TikTok, Disney will be hosting a first-of-its-kind @DisneyParks TikTok Live beginning Thursday at 10 p.m. ET/7 p.m. PT.  This will be the first time Disney will be live from multiple Disney Parks locations including Disney Cruise Line.  Viewers can expect surprises, along with a new Hocus Pocus Sanderson Sisters-inspired look for all of Disney’s social channels, “other spooky announcements that you won’t want to miss”, and more.

What are you hoping to hear about for this year’s Halloween season? I’m looking forward to learning the scoop on whether we’ll have BOO-BASH again or if Mickey’s Not-So-Scary Halloween Party will be making a comeback!