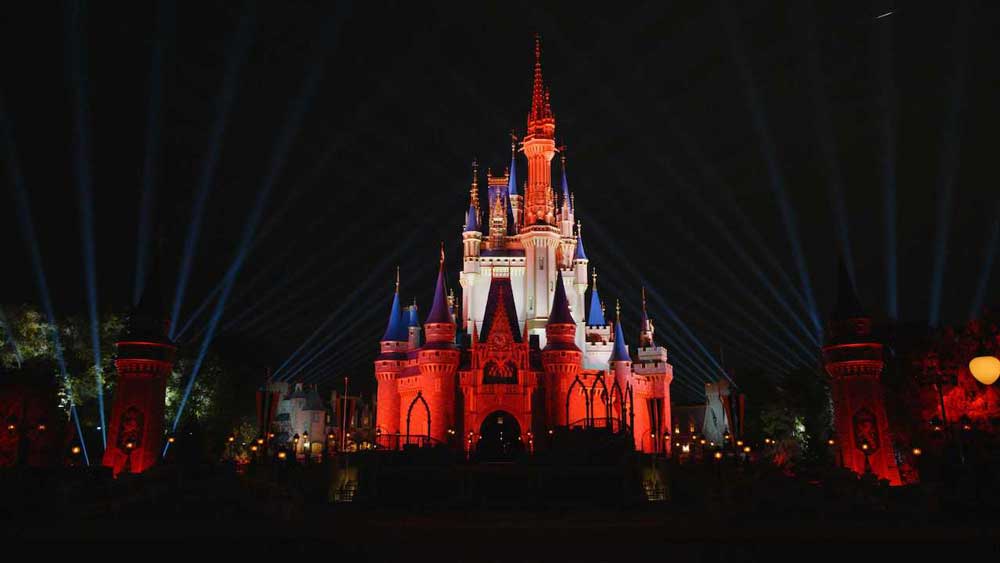 After last night's Super Bowl LV win by the Tampa Bay Buccaneers, the Walt Disney World Resort lit Cinderella Castle in Buccaneers' colors and also in blue in honor of the healthcare heroes who have been working so hard to battle COVID-19 "as a beacon of celebration and hope throughout the night."

As we previously reported, there will be no Super Bowl MVP parade taking place today in the Magic Kingdom as has been customary for years, but teammates Tom Brady and Rob Gronkowski appeared in the iconic “I’m Going to Disney World!” commercial that can be viewed below.

Gronkowski will be traveling to Walt Disney World today to experience some popular attractions while Brady plans to visit within the next few months.

ETA: The image below shows Gronkowski behind-the-scenes at the Magic Kingdom where he enjoyed celebrating his victory with Mickey Mouse and Minnie Mouse.