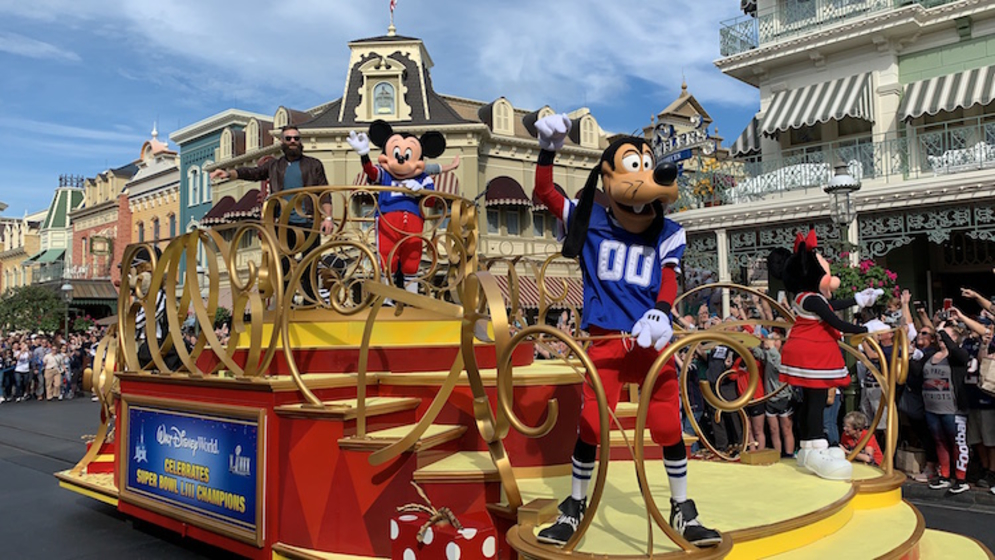 Disney has just announced that the annual Super Bowl MVP parade through the Magic Kingdom will not take place this year.

Disney does hope that the MVP parade will be able to return to the park next year.

The tradition of having the MVP film a quick “I’m going to Disney World!” commercial will take place after this Sunday’s big game, and will be aired that evening.