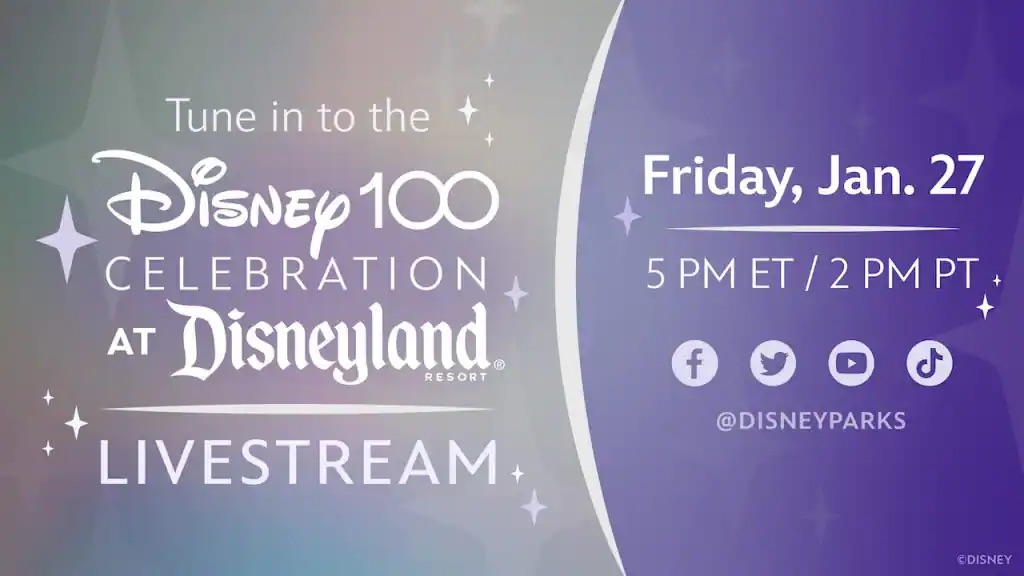 Even those living under rocks would likely know by now that 2023 marks the celebration of Disney’s 100th anniversary. Furthermore, it’s no shock that Disneyland, the original Disney theme park, will serve as the heart of this anniversary event which begins this Friday.

We were so excited to hear that the once-in-a-lifetime milestone being observed at the Disneyland Resort will be live-streamed on the day via Disney Parks Blog, including ‘special performances, behind-the-scenes looks at the new entertainment, fun Disney trivia, and more!‘

All the action will be shown on Friday, January 27th, from 2 p.m. PT / 5 p.m. ET US time for what Disney is describing as “an insider’s look from the Disneyland Resort at all-new nighttime spectaculars “World of Color – ONE” and “Wondrous Journeys,” the new attraction Mickey & Minnie’s Runaway Railway, an exciting new exhibit, sparkling décor, and more!”

You know I will be watching from down under in Australia, and I’ll be sure to give you all the highlights shortly after. For more information on the 100th Anniversary festivities, food, or merch, stay tuned to the DIS.