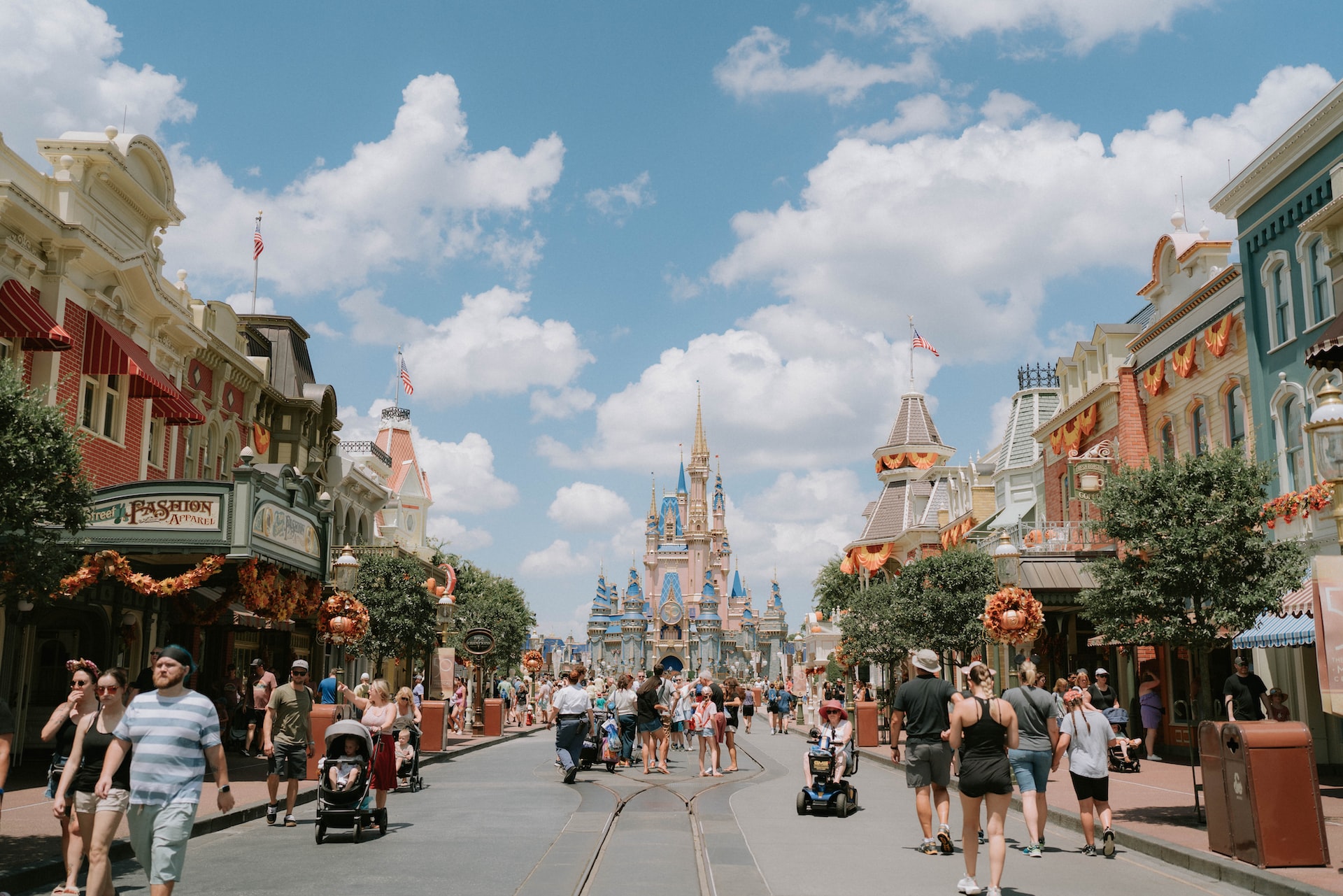 You are welcomed into the park like a theatre show

You might not immediately notice the subtle hints unless you are looking for them, but the entrance to Magic Kingdom is set up to mimic a theatre. First, you have the ticket booth entryway, followed by the railroad, which acts as a curtain, preventing you from seeing the magic yet to come. Through the passageways, you have posters and themed decor before approaching the central area inside, where the smell of popcorn fills the air, and the buildings and windows with legendary names on them act as credits rolling as you walk along. Very clever when you think about it.

The flags that line the street are unique

And by unique, I mean fake. Only one real flag flies on Main Street, and it is located on the central flag pole in the town square. The flags that sit above the buildings on Main Street are actually fake. ‘How,’ do you ask? Well, each flag is missing a star or stripe, etc. In line with the American flag code of conduct, all authentic American flags are expected to be raised, lowered, and, when instructed, flown at half-mast. Considering the number of flags down Main Street, that is too much of an undertaking, so Disney decided to fly slightly altered versions of the American flag to avoid the hassle. As a bonus, the poles double as lightning rods to help keep the guests below safe.

As you walk down Main Street, just after Uptown Jewelers, there is a cove area with a unique feature few people know about. If you sit in this area for long enough, you might be able to hear singing lessons or a practice session coming from the second-floor window that reads ‘Voice Singing Lessons.’

As you stroll through the gates, take notice of the gas lamps that line the town square and how they change to an electric style of lamp as you move further down Main Street toward the castle. The transition is supposed to represent an ever-changing and evolving sign of the times.

Did you know that as you approach Cinderella Castle, you are walking slightly uphill? The entire Main Street area is built on a mild, intentional slope that helps guests to exit swiftly and smoothly when it comes time for the crowds to leave.

When you mosey on into the Main Street Train Station, have you ever noticed the sounds of morse code playing nearby? Cleverly, this isn’t just any code; it is, in fact, Walt Disney’s speech from Disneyland’s opening day translated into morse code. “To all who come to this happy place: Welcome.”

Fire Station No. 71 in Magic Kingdom is named after the opening year

Walt Disney World famously opened in 1971, and to mark the occasion, the Fire Station in Magic Kingdom’s Town Square was named Fire Station No. 71! Just in case you thought any decision was made lightly in the parks, even the station number has sentimental meaning.

What secrets do you know about Magic Kingdom’s Main Street, U.S.A. area?