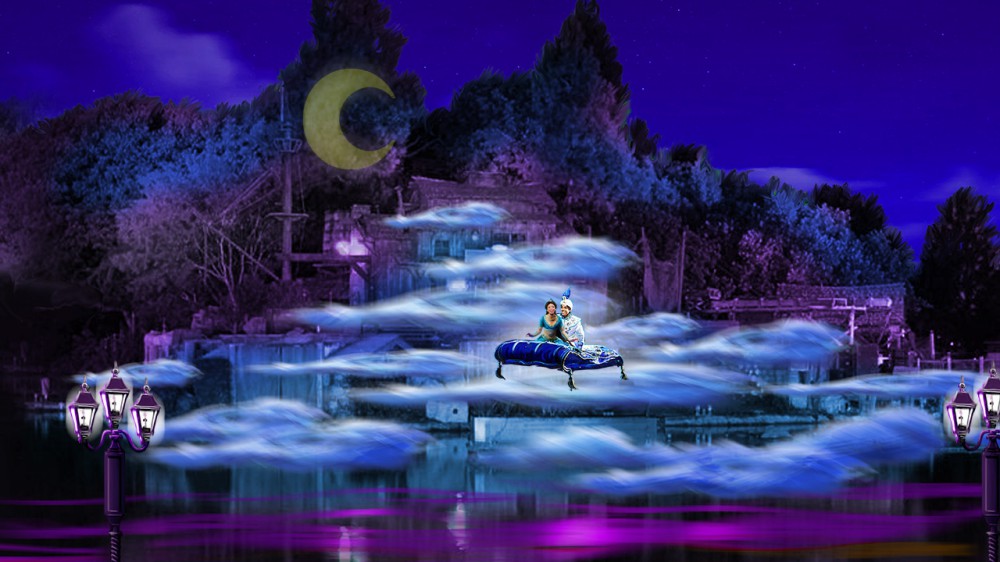 The Disneyland Resort has finally confirmed opening dates for Disneyland Park’s Rivers of America attractions, including Fantasmic! and the Disneyland Railroad. The area closed at the beginning of 2016 as construction began on the new Star Wars themed land.

The first to open will be the Rafts to Pirate’s Lair on Tom Sawyer Island, which returns this Friday, June 16th. The remainder of river traffic including the Mark Twain Riverboat, Sailing Ship Columbia and Davy Crockett’s Explorer Canoes will return July 29th.

The Disneyland Railroad, with its new path and elevated trestle will once again circle Disneyland Park beginning July 29th, including a trip through the newly restored Grand Canyon and Primeval World. An updated Fantasmic!, with new scenes featuring Aladdin and The Lion King is scheduled to return just in time for Disneyland’s 62nd anniversary on July 17th. The show will include the classic music, but new mist screens and technology will brighten up the show.

Keep an eye out for more updates as the opening dates get closer.