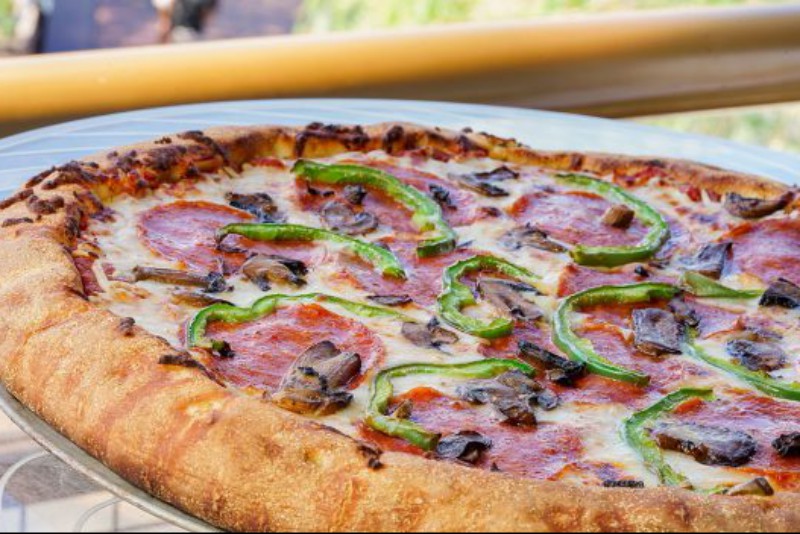 Rumors have been swirling for a few days, but now the Disneyland Resort has finally confirmed that a Toy Story-themed overlay will be coming to Redd Rockett’s Pizza Port at Disneyland Park.

The restaurant will be transformed into Alien Pizza Planet – “A Better Place” during Pixar Fest! The aliens from the Toy Story films have traveled the universe to “deliver fresh, hot pizzas that are out of this world.”

A full menu hasn’t been released yet, but the specialty pizza of their home planet includes pepperoni, green peppers, and mushrooms. A cheeseburger pizza will also be on the menu, featuring ketchup, mustard, and pizza sauce on a sesame crust, topped with cheese, caramelized onions, diced tomatoes, slider patties, burger sauce, and pickles.