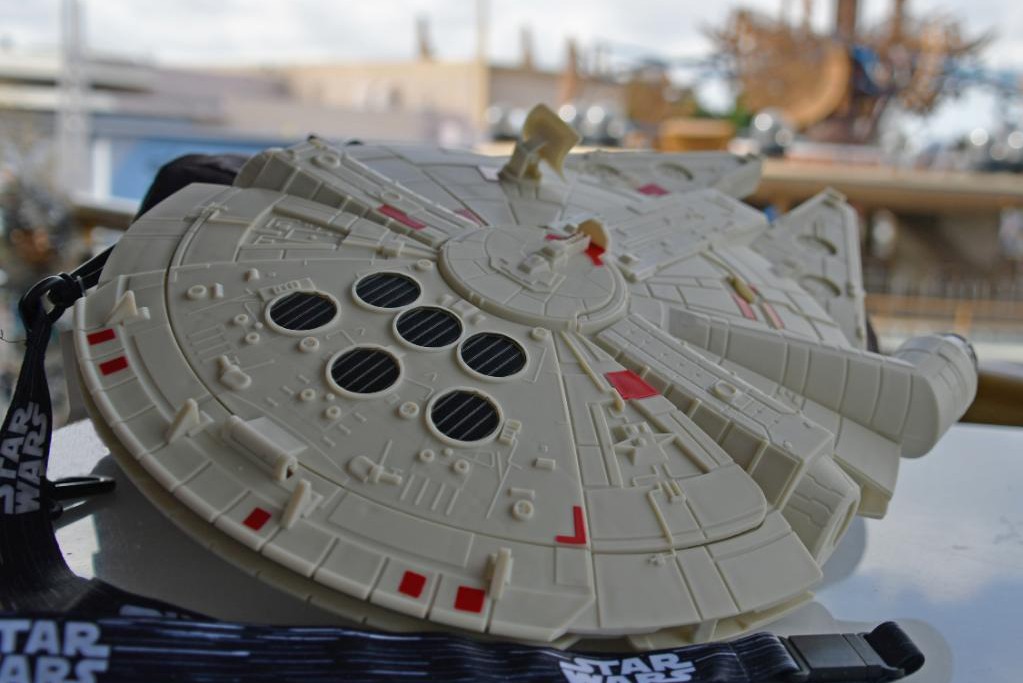 UPDATE: The Millennium Falcon bucket has started popping up at Walt Disney World, and is currently available in Disney Springs at the kiosk near Disney’s Candy Cauldron.

Fans have also spotted cases of the Falcon at Disney’s Hollywood Studios, so look for it to land there soon.

The Disneyland Resort has begun selling a new (to them) popcorn bucket shaped like the Millennium Falcon. The large bucket was previously available at other locations, including Hong Kong Disneyland, but this morning it was introduced in Tomorrowland at Disneyland Park.

It is available at the popcorn cart in Tomorrowland or served with fries at Galactic Grill. With popcorn or with fries, the price is the same, around $25 plus tax.

As with any of the special popcorn buckets, quantities are limited and purchasing limits apply.