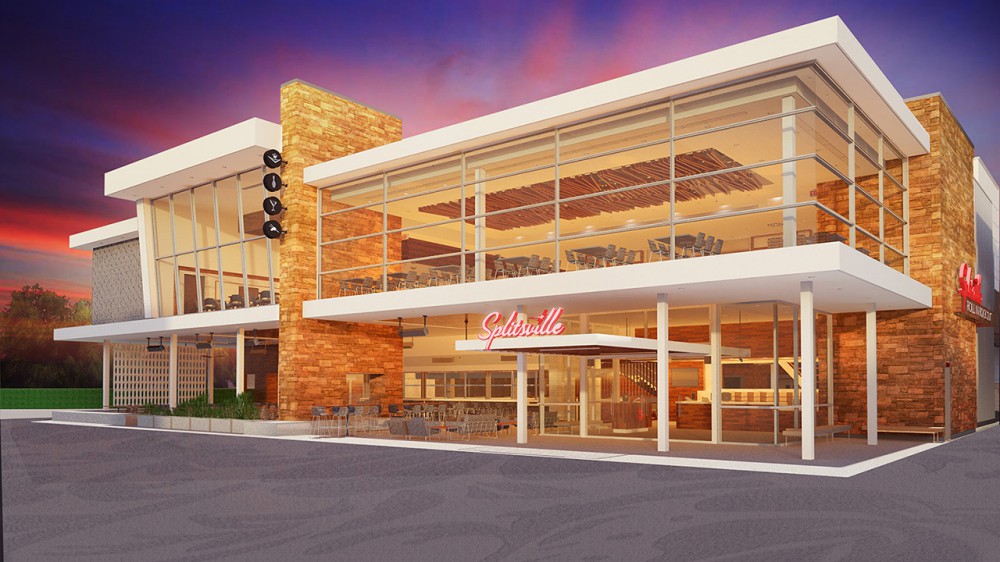 Disneyland and the Disney Parks Blog have released more details about the Splitsville Luxury Lanes location that’s set to open in Downtown Disney this winter.

The 40,000-square-foot multi-use space will feature floor-to-ceiling windows and will “fuse modern and retro elements.” The space will also includes a large patio overlooking Downtown Disney.

Splitsville will include 20 bowling lanes scattered throughout the two-floors of fun, plus four dining areas, two billiard tables, 25 televisions, and an area for live performers or DJs. Construction is moving along in Downtown Disney and Splitsville is still schedule to open late this year.